A containment system used to quarantine Ebola virus patients being transported out of West Africa was developed with help from the Natick Soldier Research, Development and Engineering Center.

The Aeromedical Biological Containment System, or ABCS, manufactured by Production Products of St. Louis, can be hoisted into a specially modified Gulfstream III air ambulance and flown by Phoenix Air Group back to the U.S., or other countries, where patients can receive more intensive treatment. Several successful missions have already been conducted.

The system was used to transport the first two Ebola patients to be treated in the United States, Kent Brantly and Nancy Writebol, from West Africa to Emory University.

“We’ve designed a lot of chem-bio defense systems for Soldiers, like those for the Deployable Medical Systems, but it’s all been ground based,” said Tom Larkham, an equipment specialist on the Fabric Structures Team of the Expeditionary Basing and Collective Protection Directorate at Natick Soldier Research, Development and Engineering Center. “There (were) a lot of things (with the ABCS) that had to be tested for that we had never really had any experience with.”

Natick Soldier Research, Development and Engineering Center began working on the concept in 2007, with the Centers for Disease Control and Prevention, the Joint Project Manager for Collective Protection, and the U.S. Army Edgewood Chemical Biological Center.

As Larkham explained it, CDC was concerned about being able to transport its personnel home if they became sick while deployed overseas battling infectious diseases. Ebola had yet to become the focus.

“At the time, what they were worried about was (severe acute respiratory syndrome),” Larkham recalled. “And the other one was the avian flu, or bird flu. So they were really concerned about those more infectious airborne diseases taking off.”

The ABCS went operational in 2012, but had never been used prior to the Ebola outbreak, Larkham said. The tent-like, modular system keeps the patient under negative pressure, isolating and filtering the air inside, and protecting the aircrew and medical personnel aboard.

“The materials themselves are impermeable but not really chem-bio resistant,” Larkham said. “They’re just inexpensive, general purpose tentage-type fabrics. What they do is they strip that fabric off and they incinerate it per (Environmental Protection Agency) standards when they come back.”

The air inside the 190-cubic-foot patient compartment passes through a high-efficiency particulate air, or HEPA, filter.

“There’s a front airlock so that medical attendants can go in and out during the flight, Larkham said. “That’s at one negative pressure, which is slightly higher than the negative pressure that the patient’s actually at. That way, they can move from the positive pressure inside the aircraft into where the affected patient is, and then come back out again.

As Larkham pointed out, it was the first time that Natick had worked on something that needed to maintain negative pressure in an aircraft as cabin pressures change.

“There’s also a small, lightweight low-pressure, high-pressure alarm system that’s in there that we developed here at Natick, and Janet O’Callahan was the project engineer for that particular item,” Larkham said. “It gives a visual and an audio tone when the pressure varies from where it’s supposed to be.”

According to Larkham, one of the biggest design problems involved the zippers.

“The zippers are all hermetically sealed, waterproof/vapor tight zippers,” Larkham said. “You can get these style zippers, but to get them to go around corners, to get them to operate easily for people that are dressed in protective garments where they can barely see where they’re going is always difficult.”

A scaled-up isolation unit is undergoing testing and is expected to be fielded in early 2015, stated Jennifer Elzea, Defense Department spokeswoman.

The larger unit could transport up to eight patients on stretchers or 12 patients who are able to walk, defense officials said. The tent-like structure with two separate isolation units would be attached to a pallet. Medical personnel would use a third isolation unit to remove potentially contaminated clothing. 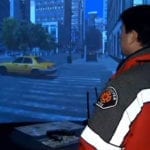 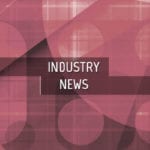