This funding opportunity will award a total of $194,500,000 to states and other grantees for Ebola health care system preparedness and response and the development of a regional Ebola treatment strategy.

This funding, in addition to the Ebola emergency funds that will soon be awarded through the Public Health Emergency Preparedness (PHEP) program, provides a total investment of $339,500,000 to enhance state, local and health care system preparedness for Ebola through the emergency appropriations passed with bipartisan support in Congress in December 2014.

These funds build on gains that have been made in health care and public health preparedness efforts over the past decade through the HPP and PHEP cooperative agreements with states.

“I’d like to thank cities, states, and hospitals across the country and the public health community for stepping up and taking action,” said HHS Assistant Secretary for Preparedness and Response (ASPR) Dr. Nicole Lurie. “We are building on the work we’ve already done and further investing in domestic preparedness to protect the public’s health from Ebola, as well as boosting preparedness for many other types of health threats.”

Since last fall, the United States has strengthened domestic preparedness and response efforts. State and local public health officials, with technical assistance from the Centers for Disease Control and Prevention (CDC) and ASPR, collaborated with hospital officials across the U.S. to increase domestic capacity to care for patients with Ebola.

Important lessons were also learned during the response effort. Safety of health care workers must be foremost in health care system preparedness and response activities; the care of Ebola patients is clinically complex and demanding; and early case recognition is critical for preventing spread and improving outcomes.

Assuring that Ebola patients are safely and well cared for in the U.S. health care system and that frontline providers are trained to recognize and isolate a person with suspected Ebola are the cornerstones of the Hospital Preparedness Program Ebola funding announcement. 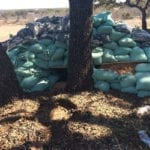 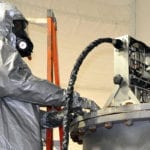