U.S. Army EOD technicians from two Fort Hood, Texas-based EOD companies were called in when an anti-tank landmine was discovered in a dirt roadway by the owners of a home in Brown County, Texas.

“The (M6) landmine had been shot numerous times over the years,” said Cowick. “This combined with the decomposition of the explosives contributed to the unstable condition of the mine.” 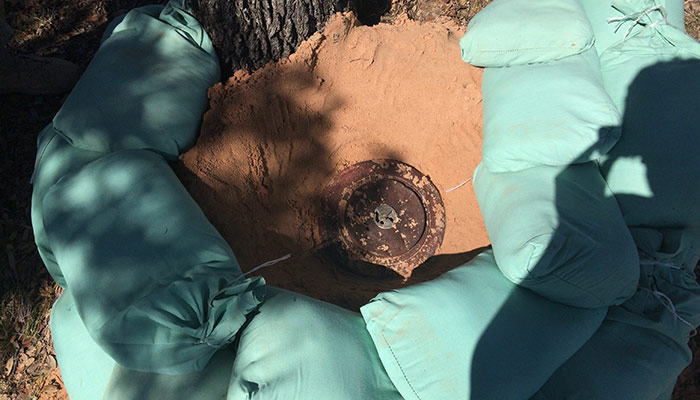 An Olathe, Kansas, native who has deployed to Afghanistan and Iraq, Cowick said the team used a Thermite grenade procedure to burn the explosives out of the M6 landmine and then disposed of the remains of the mine through a controlled detonation.

To contain the blast, the team constructed a bunker out of nearly 2,000 sand bags. The Soldiers also evacuated the chickens in the barn and a dog from the backyard prior to detonating the device.

The mines were found on a 10-acre lot approximately 100 miles from Fort Hood in Central Texas.

During fiscal year 2014, 20th CBRNE EOD Soldiers responded to more than 2,000 calls to identify and render safe unexploded ordnance (UXO), both on and off military posts, in the continental United States.

The 79th EOD Battalion covers a vast section of the Lone Star State, conducting military explosive mitigation missions in 186 of the 254 counties in Texas.

Brig. Gen. JB Burton, the commanding general of the 20th CBRNE Command, said the landmine mission was another example of the important role EOD techs play across the nation.

“Our EOD Soldiers are absolute experts at their craft,” said Burton, a native of Tullahoma, Tennessee. “Their work ensures the safety of life and property.” 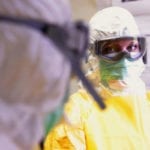