One of the most important tools available to trace evidence examiners is not a microscope or a chemical reagent, but a database.

When trace evidence forensic investigation can include a wide range of materials such as hair and fibers, fire debris, metal, paint, adhesives, and explosives, to name just a few. Large databases that describe these materials—and the variability among them—make individual pieces of trace evidence far more powerful than they would be alone.

Unfortunately, much data on characteristics of specific types of trace evidence is scattered in databases at forensic labs and research departments where they are unavailable to the wider forensic community.

Stakeholders working to change this paradigm gathered recently for a workshop at the National Institute of Standards and Technology (NIST). Experts discussed trace evidence databases and the steps needed to make them more useful and widely available.

Participant Claude Roux of the Centre for Forensic Science at the University of Technology in Sydney, Australia, said that trace evidence faces an uncertain future as an investigative tool, in part because, unlike DNA evidence, it does not have the power to directly identify suspects. Roux argued that this emphasis on identification can lead people to undervalue trace evidence, which can be used to generate leads, eliminate suspects, reconstruct sequences of events, and identify links in serial crimes.

Sandra Koch, who sits on the Materials Subcommittee of the Organization of Scientific Area Committees for Forensic Science, presented findings that also pointed to an uncertain future for trace evidence. Koch surveyed trace evidence lab managers, with many reporting that trace evidence is often perceived as a “junk science” with little or no value. An increasing number also face shrinking budgets.

In the face of these uncertainties, workshop participants discussed ways to increase the power of trace evidence through expanded access to trace evidence databases. In addition, experts from NIST, the Federal Bureau of Investigation, and the National Institute of Justice gave presentations on databases that their agencies make available to the forensic science community.

Workshop participants also discussed ways to make other trace evidence databases and collections—many compiled by individual forensic laboratories during years of casework, others created by manufacturing companies—more widely accessible to the forensic community. 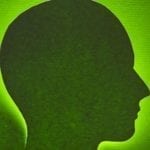 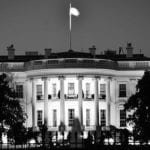