Photo courtesy of University of Bath

University of Bath research shows how to improve emergency services’ response to terrorist incidents. Over-reliance on Police, and centralized communication and decision making are lessons to learn in wake of Manchester Arena bombing.

The Manchester Arena terrorist bomb attack in 2017 exposed flaws in the response of emergency services that could be addressed with a new three-phase approach, research by the University of Bath School of Management shows.

“To better prepare responders for emergencies we recommend a three-phase structure of ‘response/resolve/recovery’ is introduced in place of the current guidelines that outline a two-phase structure of response and recovery. Introducing the ‘resolve’ phase would allow and encourage other emergency services to act earlier and more effectively,” said Dr. Olivia Brown of the University of Bath.

Brown and her co-researchers from Lancaster University studied communication and coordination between emergency services during the response to a simulated terrorist incident. They worked with 30 commanders from 11 agencies, including the Police, Fire and Rescue, Ambulance, Military and local and central government.

Brown said communications were dominated by the Police in the first phase – a typical and sensible approach in the immediate aftermath of an incident where there remained a threat to life. However, they discovered that even after that threat had been resolved, other agencies became overly reliant on the Police to maintain the communication network, hampering the emergency response. And the Police struggled to act on important information from their emergency service partners.

“Our findings suggest that the Police were so focused on delivering the overall strategy of the response that they failed to attend to important information provided by other agencies and to manage the information flow across the network. This ultimately disrupted coordination and caused delay and uncertainty,” she said.

Brown said a similar phenomenon was noted in the report reviewing the Manchester Arena attack, in which the demands placed on the Police commander to implement decisions and deal with the immediate aftermath of the explosion contributed to their lack of communication with the Fire Service located at a different site. This poor communication contributed to a two-hour delay in the deployment of the Fire Service to the site of the incident, which meant that their skills and expertise could be not be utilised until later on in the response.

Brown said decentralized communication structures should be introduced in the early phases of an emergency to improve decision-making across several specialized and diverse teams. Other agencies needed to be empowered to intervene on their own initiative once Police had addressed any immediate threat to life.

“Take the response to a terrorist incident as an example – the Police are tasked with mitigating any further threat, cordoning off the scene and collecting evidence, whereas the Ambulance service must quickly begin accessing and triaging casualties. An effective response to the incident cannot be achieved by one agency alone and instead rests on the ability of teams to work cohesively under immense pressure,” she said.

Brown said the study showed that, as the incident evolved, the involvement of other agencies increased and communication became less centralized. That resulted in improved coordination, more joint decision-making, less uncertainty and a better use of the diverse expertise of all agencies.

Brown said their research showed the three-phase structure of ‘response/resolve/recovery’ more accurately described the behaviors of responders during emergencies than the existing ‘response/recovery’ structure outlined in government guidelines.

“Changing procedural guidelines to a three-phase structure may empower other agencies to get involved in decision making before the response transitions into the recovery phase,” she said.

Brown suggested ‘boundary spanners’ – specially assigned team members tasked with managing the flow of communications across teams and having a comprehensive view of an emergency incident from its very beginning – may be one solution to the communication issue. 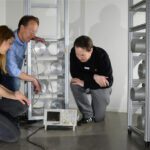 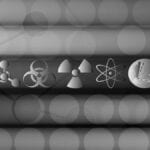