A new study suggests that exposure to ionizing radiation may be a contributing factor in the neurodegenerative Alzheimer´s Disease.

Large numbers of people of all age groups are increasingly exposed to ionizing radiation from various sources. Many receive chronic occupational exposure from nuclear technologies or airline travel.

The use of medical diagnostics and therapeutic radiology has also increased rapidly – for example more than 62 million CT scans per year are currently carried out in USA. Approximately one third of all diagnostic CT examinations are scans of the head region.

In a new study, Stefan J. Kempf from the University of Southern Denmark and a consortia of colleagues from Italy, Japan, Germany and Denmark show that low doses of ionizing radiation induce molecular changes in the brain that resemble the pathologies of Alzheimer’s.

By administering two kinds of chronic low-dose-rate ionizing radiation treatments, the researchers elucidated molecular alterations in the hippocampus of mice, an important brain region responsible for learning and memory formation and known to be negatively affected in Alzheimer´s.

“Both dose rates are capable of inducing molecular features that are reminiscent of those found in the Alzheimer’s disease neuropathology,” says Kempf.

When a patient gets a head scan, the doses varies between 20 and 100 mGy and lasts for around one minute. When a person flies, he or she gets exposure to ionizing radiation coming from space but the rates are by far smaller than a CT scan.

“All these kinds of exposures are low dose and as long as we talk about one or a few exposures in a lifetime I do not see cause for concern,” says Kempf. “What concerns me is that modern people may be exposed several times in their lifetime and that we don’t know enough about the consequences of accumulated doses.”

Alzheimer’s disease is the leading cause for dementia in the elderly, and its global prevalence is supposed to increase dramatically in the following decade – up to 80 million patients by 2040.

“When you compare these figures you will find that we exposed the mice to a more than 1000 times smaller cumulative dose than what a patient gets from a single CT scan in the same time interval. And even then we could see changes in the synapses within the hippocampus that resemble Alzheimer´s pathology,” noted Kempf. 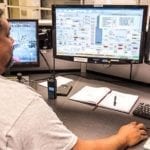 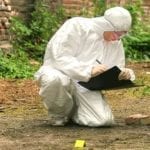