The newly opened Joint Deployable Exploitation and Analysis Laboratory (JDEAL), created under by the European Defence Agency (EDA) and lead nation the Netherlands, focuses on training the full range of skills needed for technical exploitation.

The training facility will host both national and multina­tional training events, tailored to the needs of the European Member States involved. Alongside the training aspect, JDEAL is intended to be a platform for research and development and is specifically designed for subprojects to be launched under its framework.

JDEAL will also collaborate with other organizations working in the counter-IED field.

The establish­ment of two deployable laboratories under JDEAL is planned for the second half of 2015.

This involves the recording and analyzing of information related to events, scenes, technical components, and material used in IED attacks. The project makes use of equipment and knowledge gained from the European Defence Agency (EDA) developed Counter-IED Technical Exploitation Laboratory previously deployed with ISAF in Kabul.

Alongside the Netherlands, ten other EDA Member States – Austria, Belgium, France, Germany, Hungary, Italy, Luxembourg, Portugal, Spain, and Sweden – plus Norway have joined the project. Denmark, the United Kingdom, the United States and the NATO Counter-IED Centre of Excellence have also sent observers. 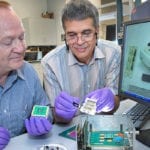 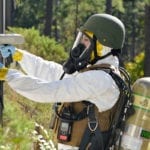