This move is in response to the fiscal year 2016 National Defense Authorization Act (NDAA), which prohibited JIDA from standing up as a separate agency and directed the capabilities of JIDA be transitioned to a military department or an existing defense agency.

“Our core competencies have proven to be a mission enhancing capability that Congress and the department want to retain, incorporate, and leverage in future endeavors to support the warfighter at the speed and scope of the modern battlefield,” said Army Lt. Gen. Michael H. Shields, JIDA’s director. “The NDAA language does not change our scope, focus, customers, or mission. JIDA’s support to the combatant commands and deployed U.S. joint forces will continue unchanged.”

DTRA Director Ken Myers said the counter improvised-threat and the Counter Weapons of Mass Destruction (C-WMD) missions will be preserved and enhanced under this transition. “Both these missions are critical for the safety of the nation’s warfighters and to the national security of our country and that of our allies,” he added.

“The NDAA language keeps us from growing headquarters functions — a consistent theme throughout the NDAA,” Shields said. “More importantly, Congress clearly articulated their support to sustain the capabilities of JIDA.”

Since March, JIDA has been in a period of transition with a goal of October 2016 to reach full operational capability, and be aligned under the Office of the Undersecretary of Defense for Acquisition, Technology and Logistics. That transition effort will now shift to enable alignment under the authority, direction, and control of DTRA, which is an already established combat support agency. 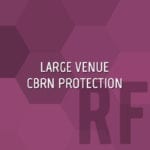 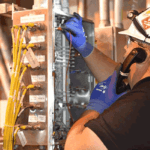