Andy Kilianski, Ph.D, ECBC NRC Post-Doctorate with the BioDefense Branch and his team demonstrated a unique use of the MinION™ Nanopore sequencer to accurately identify a range of closely-related bacteria and viruses within six hours, demonstrating the potential for this technology to be used as a mobile diagnostic clinic during outbreaks. The team’s findings were published in the March 2015 edition of the open access, open data journal, Gigascience.

The MinION is a low-cost palm-sized sequencing device from Oxford Nanopore Technologies that has been made available to some research groups for testing. It is powered and operated through a USB connection plugged into a laptop, which means that it could potentially be used for on-site clinical analyses in remote locations.

“Being able to accurately identify and characterize strains of viruses and bacteria using a mobile platform is attractive to anyone collecting biological samples in the field. And we expect that as the technology improves, the sequencing will generally become cheaper, faster and more accurate, and could have further clinical applications,” said Kilianski.

The researchers were able to use the device to accurately identify and differentiate viral and bacterial species from samples. Within six hours, the device generated sufficient data to identify an E. coli sample down to species level, and three poxviruses (cowpox, vaccinia-MVA, and vaccinia- Lister) down to strain level. The device was able to distinguish between the two vaccinia strains despite them being closely related and over 98 percent similar to each other.

The technology relies on protein ‘nanopores’ to determine the sequence of a strand of DNA. At the core of the protein is a hollow tube only a few nanometres in diameter, through which a single DNA strands can pass. As the DNA strand passes through the nanopore, it causes characteristic electrical signatures, from which bases can be identified, and the sequence of the strand determined.

The MinION showed an observed per-base error rate of approximately 30 percent, which is higher than that of other DNA sequencing methods, however, the latest updates of the technology have since improved the accuracy.

Kilianski and his team are part of a group of different laboratories performing an alpha technology evaluation of the MinION. The laboratories use an online central portal called, Mania Access Program (MAP) to collaborate and share updates and progress across various locations.

Read more about the MinION technology: 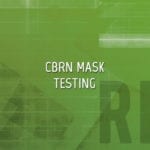