Many toxic chemicals and chemical warfare agents can penetrate the skin or can produce toxic effects in the skin. Obviously, these substances must be rapidly removed after contact, which is why the decision on a suitable skin decontaminant for CBRN Special Forces is of outstanding importance both for the performance and health of the soldier. CBRNe Portal >>

Their job is to suit up in an airtight bag with a view and a self-contained breathing apparatus. When seconds count, they are their unit’s hazardous materials expert technicians. They are Chemical, Biological, Radiological and Nuclear warrant officers. MyGuidon.com >>

How the Next US Nuclear Accident Could Happen

We can learn a lot about the potential for safety failures at US nuclear plants from the July 29, 2012, incident in which three religious activists broke into the supposedly impregnable Y-12 facility at Oak Ridge, Tennessee, the Fort Knox of uranium. Bulletin of the Atomic Scientists >>

A strategic partnership to collaborate on advancing information-sharing capabilities for public safety has been formed between the Department of Homeland Security Science and Technology Directorate Emergency Management Victoria and the Massachusetts Institute of Technology Lincoln Laboratory. HS Today >>

Can You Really Trust that Tweet for Emergency Communications?

No doubt, there has always been false or misleading information online, but this deliberate attempt to deceive and misdirect people in crisis situations is taking matters to an entirely new level. Mistakes can and will be made in every communication effort, but actively broadcasting detailed instructions that could intentionally result in harm is another matter. Emergency Management >>

The Emirate of Kuwait has contracted with Rheinmetall to supply it with 12 state-of-the-art armored NBC reconnaissance vehicles, the 2 NBC-RS “Spürfuchs”. An accompanying technical support agreement contract covers a period of five years, beginning as soon as the first Fuchs/Fox 2 NBC-RS vehicle enters service. Defense News >>

Nuclear Power in Ukraine: Crisis or Path to Energy Independence?

Ukraine is a major nuclear power, with 15 reactors that produce more than 13,000 megawatts of electricity annually. Nuclear power has become important in contemporary Ukraine as the country’s leaders seek energy independence from Russian oil and gas amid significant tensions between the two countries in the wake of Russia’s annexation of Crimea and as its proxy war in eastern Ukraine continues. Bulletin of the Atomic Scientists >>

Unseen areas are troublesome for police and first responders: Rooms can harbor dangerous gunmen, while collapsed buildings can conceal survivors. Now Bounce Imaging, founded by an MIT alumnus, is giving officers and rescuers a safe glimpse into the unknown. HSNW >>

Improvised Explosive Devices (IEDs) were initially developed by the British Army in response to the Irish Republican Party in the early 1900s.[1] Since their inception, IEDs have become widely utilized because they are easily fabricated using household items and/or chemicals, and they produce massive casualty and injury rates. IEDs are the weapon of choice for many terrorism groups, including Al-Qaeda, ISIL/ISIS, Hezbollah and Hamas. CBRNe Portal >>

The Minerva Initiative is a DoD-sponsored, university-based social-science research initiative launched by the Secretary of Defense in 2008. It focuses on areas of strategic importance to US national security. This is the second time ASU has been chosen for a Minerva award. HS Today >>

A six-month mission that sent Canadian Armed Forces medical personnel to West Africa to help with the Ebola response has wound up, the federal government announced Tuesday. The Canadian military doctors, nurses, medics and support staff have been working at a British-run Ebola treatment unit at Kerry Town, in Sierra Leone. IF Press >>

For decades, researchers have been trying to quantify the risks of very low doses of ionizing radiation — the kind that might be received from a medical scan, or from living within a few tens of kilometres of the damaged Fukushima nuclear reactors in Japan. So small are the effects on health — if they exist at all — that they seem barely possible to detect. Nature >>

Can peacekeepers fight terrorists? Last Friday, Islamist militants killed thirty Burundian soldiers serving with the African Union’s mission in Somalia (AMISOM). The incident was overshadowed by the news of further terrorist attacks in Tunisia, Kuwait, and France. But it is an ugly reminder that multilateral peace operations, often relying on poorly equipped troops from developing countries, are in the front line of the battle against Islamist extremism across North Africa and the Middle East. Brookings >> 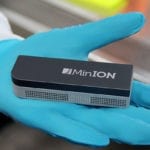 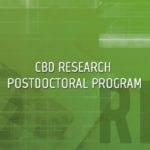