The MMPDS GEN3’s environmentally friendly, patented technology safely, securely, passively and automatically scans in 3D all types of vehicles, cargo containers and other conveyances. In addition to being able to detect and identify radiological threats and known contraband, unlike other systems on the market the MMPDS GEN3 is also “trainable” and incorporates advanced machine learning algorithms. As the nature of the threat or contraband type changes, MMPDS GEN3’s system library can therefore be updated to identify and pinpoint the location of illicit materials or unusual contraband.

CTTSO’s mission is to identify and develop capabilities to combat terrorism and irregular adversaries and to deliver these capabilities to DoD components and interagency partners through rapid research and development, advanced studies and technical innovation, and provision of support to U.S. military operations.

Decision Sciences headquartered in California with offices in Virginia. Based on revolutionary and disruptive technology originally invented by physicists at the U.S. Department of Energy Los Alamos National Laboratory, the Multi-Mode Passive Detection System (MMPDS) is a totally passive, effective and automated scanning system for quickly detecting, locating and identifying unshielded to heavily shielded radiological and nuclear threats, explosives and other contraband including weapons, alcohol, cigarettes/tobacco, drugs/narcotics, precious metals, smuggled humans and numerous other items of interest and anomalies.

The core technology inherent in the MMPDS also has wide ranging applications beyond the security arena, including in the medical, mining, energy and manufacturing industries. 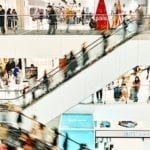 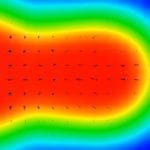