In May 1946, The New York Times reported that Albert Einstein had sent a telegram appeal to several hundred prominent Americans, asking for contributions to a fund “to let the people know that a new type of thinking is essential” in the atomic age. Einstein wrote in his telegram: “The unleashed power of the atom has changed everything save our modes of thinking and we thus drift toward unparalleled catastrophe.” Bulletin of the Atomic Scientists >>

How Terrorists Are Turning Robots into Weapons

In late 2009, as the war raged on in the Middle East, U.S. Predator drones flew nearly constantly above the skies of Iraq. Their missions varied from intelligence collection to “kinetic operations against high value targets” such as launching Hellfire missiles against insurgents.  The drone pilots remotely carrying out these operations seven thousand miles away in the Nevada desert intently watched live video feeds of their targets as they navigated their UAVs in pursuit of their quarry. As it turns out, they weren’t the only ones watching. Defense One >>

The National Institute for Allergy and Infectious Diseases is soliciting for continued operations support for Biosafety Level 4 (BSL4) facilities at the National Biocontainment Laboratories at the University of Texas Medical Branch (UTMB) and Boston University. The conduct clinical and laboratory research and testing on hazardous biological agents. Global Biodefense >>

Atomic Labs Across the U.S. Race to Stop Iran

When diplomats at the Iran talks in Switzerland pummeled Department of Energy scientists with difficult technical questions — like how to keep Iran’s nuclear plants open but ensure that the country was still a year away from building a bomb — the scientists at times turned to a secret replica of Iran’s nuclear facilities built deep in the forests of Tennessee. NY Times >>

The tremendous amount of money gained from drug smuggling and other illicit activities makes it far less likely that Mexican drug cartels, for instance, would want to risk their income, and induce the wrath of the U.S. by smuggling radiological or nuclear materials. Tampa Tribune >>

Recently, the Department of Homeland Security (DHS) announced that they are launching a program called “EMERGE” to explore opportunities to create and eventually procure wearable technologies that would benefit first responders and law enforcement doing the homeland security mission. The program was established in partnership with the U.S. Air Force Academy, DHS’s Center for Innovation, and the Center for Innovation Technology (CIT). IDGA >>

Just four days after defending a Ph.D. in molecular biology at Princeton University, Patrick McNutt started basic infantry training at Fort Benning, Ga. “That led to some culture shock,” he recalls with a chuckle. But the experience prepared him to deploy in 2005–06 to Iraq, where he provided science and technology ground support as a member of the Reserve Officers’ Training Corps, a military program that financially supported the bachelor’s degree he received from Wake Forest University. C&EN >>

Will the Iranian Solution Work for the North Korean Nuclear Problem?

North Korea’s nuclear program, which seems to have drifted off the global radar in recent months, will most likely return to the spotlight in the near future. The reason for the shift could be the compromise reached by the United States and Iran on the latter’s nuclear program. Influenced by this development, many will wonder whether the deal with Iran couldn’t serve as a model for a possible future compromise with North Korea. Carnegie Moscow Center >>

The U.S. Food and Drug Administration (FDA) has approved the drug to increase survival of people acutely exposed to high doses of radiation that damage the bone marrow, for example, as a result of a nuclear power plant accident or terrorist attack. Global Biodefense >>

Congress plans to add money into a special fund established this year for the purpose of paying for the Navy’s next-generation, nuclear-armed ballistic missile submarines, the Ohio Replacement Program. The 2015 National Defense Authorization Act established the National Sea-Based Deterrence Fund as an account created specifically to fund the program; however, it did not receive funding in the initial budget request. DoD Buzz >>

The purpose of the CRISMA project is to use modelling and simulation technologies for evaluating the impacts of the measures taken on training and planning scenarios, which can result in massive damage and that require co-operation among various authorities and private parties, including trans-boundary cooperation. The aim is to provide crisis-management decision-makers with tools to evaluate and assess their response plans. CBRNe Portal >>

How to Avert a Nuclear War

The fact is that we are still living with the nuclear-strike doctrine of the Cold War, which dictated three strategic options: first strike, launch on warning and post-attack retaliation. There is no reason to believe that Russia and the United States have discarded these options, as long as the architecture of “mutually assured destruction” remains intact. Carnegie Moscow Center >>

Researchers from The University of Texas Medical Branch at Galveston and Tekmira Pharmaceuticals have successfully developed a post-exposure treatment that is effective against a specific strain of the Ebola virus that killed thousands of people in West Africa. This is the first drug to be shown effective against the new Makona outbreak strain of Ebola in animals that were infected with the virus and exhibited symptoms of the disease. Global Biodefense >>

Russian nuclear weapons have received a lot of attention lately. Russian officials casually throw around direct or thinly veiled nuclear threats. And U.S. defense hawks rail about a Russian nuclear buildup. In reality, rather than building up, Russia is building down but appears to be working to level off the force within the next decade to prevent further unilateral reduction of its strategic nuclear force in the future. Federation of American Scientists >>

Some of the most toxic chemicals known to man are contained in chemical warfare agents. Recent events in Syria show there is a need for effective methods to destroy the active bonds in chemical agents, such as phosphate ester bonds. Metal-organic frameworks (MOFs) have metal-containing nodes separated by organic linkers and are porous with exceptionally high surface areas. These characteristics, along with their ability to disperse high concentrations of metal ions in well-defined matrices, make MOFs an attractive option for destroying chemical warfare agents. HDIAC >>

On January 8, 2015, TSA’s acting administrator asked ASAC to identify new security measures for industry employees to address potential vulnerabilities related to the sterile areas of US airports. The catalyst for this request was the news that an employee gun-smuggling ring had been uncovered at the Hartsfield-Jackson Atlanta International Airport. HS Today >>

Disarming an Atomic Bomb is the Worst Job in the World

In the spring of 1952, the U.S. government tested tactical nuclear weapons at the Nevada Proving Ground as part of Operation Tumbler-Snapper. It was the third nuke test series in 18 months at the Nevada site in an era of breakneck atomic development. War is Boring >>

Syracuse University was not granted a new college focused on emergency management and homeland security, but rather was passed over by Gov. Andrew Cuomo for the University at Albany, State University of New York. Daily Orange >>

In South Africa, Bomber of Apartheid Era Nuclear Power Plant is a Hero, Not a Terrorist

In December 1982, Rodney Wilkinson planted four bombs that caused $519 million in damages at the Koeberg nuclear power plant north of Cape Town, South Africa. The attack, which many believe to be the most ambitious and successful terror attack against a nuclear facility, remains a symbol of African National Congress (ANC) triumph against South Africa’s then-apartheid government. HSNW >>

AF: New Bomber Needed Even if Reliance on Nukes Declines

The Air Force’s next-generation bomber is a necessary purchase, even if the nation depends less on a full nuclear triad or the use of nuclear weapons, a top Air Force official recently told lawmakers. Air Force Times >>

Given that over 58 million twenty-foot equivalent units of containers are shipped around the world over 490 maritime trade routes annually, commercial maritime shipping industry is uniquely vulnerable to exploitation by nefarious actors. Yet, are the existing initiatives implemented with efficiency and respected by those connected to the maritime industry, or is the reality far from ideal? CBRNe Portal >>

A report based on a one-year investigation by the Kansas City Star claims that fusion centers are not living up to their mission. The report, supported by current and former law enforcement and government officials, concludes that post-9/11, fusion centers and the FBI teams which work with them shifted their focus from domestic terrorism to global terrorism and other crimes, including drug trafficking. HSNW >>

The Pakistani Parliament, even while stating its commitment to protect the territory of Saudi Arabia, recently adopted a resolution not to join the Saudi-led coalition fighting Houthi rebels in Yemen. Many Pakistanis are worn out by the Taliban insurgency at home and oppose intervention abroad, especially to fight an enemy whose name they are hearing for the first time and risk worsening relations with its backer, Iran. NY Times >>

Ypres, Site of First Use of Chemical Weapons, Hosts Conference on Preventing Their Use

One hundred years ago today, on 22 April 1915, German forces changed forever the nature of warfare when they fired more than 150 tons of lethal chlorine gas against two French colonial divisions at Ypres in Belgium. 160,000 chemists across thirty-two countries this week are calling for the complete elimination of chemical weapons around the world. A 3-day conference opens today at Ypres, in which scientists and policy makers will discuss how to achieve this goal. HSNW >>

Can an App Reduce the Number of 911 Super-Users?

For the city of Long Beach, Calif., the challenge of emergency management is clear: A small number of people are making too many 911 calls for medical assistance. To deal with the problem, Long Beach officials partnered with the civic tech group Code for America to create AddressIQ, a Web app that combines fire, police and business licensing data to reduce calls from 911 super-users. The tool connects addresses to both the number and type of emergency dispatches. The information enables emergency workers to collaborate on high-usage locations and assist callers through education, social outreach, or — in worst cases — enforcement measures. Emergency Management >>

The Technology Development and Transfer program offices at Pantex and Y-12 have consolidated their functions into one centrally managed organization to better promote innovation and growth of the enterprise’s scientific and technological resources. Y-12 Security Complex >> 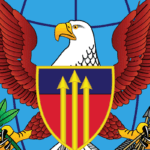 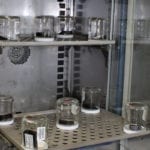