The following is a statement released today by the Assistant to the President for Homeland Security and Counterterrorism Lisa O. Monaco, marking the third anniversary of the Boston Marathon Bombings.

Three years have passed since two terrorists attacked innocent men, women, and children at the Boston Marathon.  On this day, and every day, we remember the victims of the horrific violence that week. Just as we recall the fallen and continue to rally around the injured, we also hold in reverence those first responders who, despite the risks, so selflessly provided aid and comfort in those first hours. They displayed the best of humanity following a brutal demonstration of its worst.

We also give thanks today to the brave men and women who, day in and day out, fight for our freedom and secure our homeland against those who would do us harm. Too often, we think of them only in the aftermath of tragedy, but there is no more important task and no patriots more talented and deserving of our gratitude.

Three years later, it is clear that the senseless violence will forever touch countless families, but not in the way the killers hoped.  Just as the world has repeatedly demonstrated after the horrors of San Bernardino, Paris, Brussels, and elsewhere, the people of Boston showed that bombs and bullets cannot break our spirit—that freedom will ultimately overcome fear.

As we relentlessly pursue these terrorists and counter their destructive ideology, we continue to draw inspiration from a city that has shown the true meaning of Boston Strong. 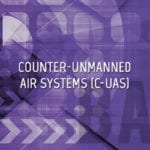