The family of Ensign Charles Grice see his name enshrined on the wall for the first time during the 48th Annual Explosive Ordnance Disposal Memorial Service, May 6. Credit: Samuel King Jr. / USAF

The EOD community from each of the services gathered to honor the memory of 320 EOD heroes and add six additional EOD technicians to the EOD Memorial:

During the ceremony, a wreath is placed in front of each service’s list of names before they are read aloud. After each list is completed, the names are saluted by an enlisted and officer EOD member. The families of EOD technicians added to the wall each year receive a folded flag that was flown over the memorial.

The memorial is held the first Saturday of every May and represents a sacred time for the EOD community to reflect and remember the heroic actions of fallen EOD warriors.

The schoolhouse’s commander, Navy Capt. Charles Andrews, welcomed the EOD technicians, family and community to the ceremony and explained why they were drawn back to memorial each year.

“The nation will always need individuals willing to fight for a cause greater than themselves,” he said.  “Today we pay tribute to 326 EOD technicians who gave the ultimate sacrifice and we pay respect to their families.” 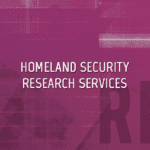