Topics in this issue include Obama’s visit to Hiroshima, Zika detection, radiological terrorism and the National Technical Nuclear Forensics Center.

Nuclear security programs could soon rely on computing chips inspired by the human brain. The Lawrence Livermore National Laboratory has signed a contract for a computing system based on IBM’s supercomputing chip TrueNorth, a processor designed to mimic neurons and synapses. The technology could help the lab explore machine learning within the National Nuclear Security Administration and its Advanced Simulation and Computing team, part of the agency’s Stockpile Stewardship Program. Nextgov >>

A new building designed to withstand earthquakes and tornadoes has been completed at the Hatch nuclear power plant in Georgia. The dome-shaped building will house portable back-up emergency equipment including generators, pumps and other resources. World Nuclear News >>

Nuclear forensics helps counter smuggling of nuclear materials that could be used in an attack.  Through its ability to trace the source of interdicted materials to their place of origin, nuclear forensics can help identify and close down smuggling networks and prosecute those responsible. DHS >>

No one was injured in a Thursday afternoon fire that started in a 1,000-gallon tank at a local propane company, according to Bennettsville Fire Chief Dixon Odom. Firefighters were dispatched to Suburban Propane on Parsonage Street around 3 p.m. Odom said pressure inside the tank cause the line to come off, which rubbed against the pavement and caused a spark. WMBF News >>

How to Make Our Airports More Secure

As the U.S. Senate prepares to vote today on the Federal Aviation Administration Reauthorization Act of 2016, CNN.com published an op-ed by Sen. John Thune (R-S.D.), chairman of the Senate Committee on Commerce, Science, and Transportation, on bipartisan airport security enhancement proposals included in the legislation following recent attacks by ISIS. Commerce Committee >>

Fissile material gets all the attention. Well, most of it anyway—whether at the Nuclear Security Summits or here in this roundtable. And that’s understandable. Substances that terrorists might fashion into nuclear bombs do deserve the lion’s share of attention whenever nuclear security is discussed. But radioactive sources—materials produced because they emit radiation useful in agriculture, industry, construction, medicine, mining, research, and transportation—are quite dangerous in their own right. Bulletin of the Atomic Scientists >>

Japan Prepares for Release of Tritium from Fukushima Plant

To dump or not to dump a little-discussed substance is the question brewing in Japan as it grapples with the aftermath of the nuclear catastrophe in Fukushima five years ago. The substance is tritium. The radioactive material is nearly impossible to remove from the huge quantities of water used to cool melted-down reactors at the Fukushima Dai-ichi plant, which was wrecked by the massive tsunami in northeastern Japan in March 2011. Chem.info >>

Connecticut public health and law enforcement departments this week are testing how the state responds to situations such as an infectious disease outbreak that require extensive coordination between local, state and federal agencies. Run by the Connecticut Department of Public Health, the exercise includes the Centers for Disease Control, hospitals and volunteers. WAMC >>

Authorities are investigating an apparent dust explosion that happened at a Richland plant. The explosion caused some of the walls inside the plant to be blown out. It also caused the hazardous material caustic soda to leak. Officials said they called the United States Environmental Services to the scene to help clean up the spill. WJTV 12 >>

More than thirty doctors, epidemiologists, microbiologists and laboratory technicians from Latin America, the Caribbean and Africa learned how to use a nuclear-derived technique to detect the Zika virus during IAEA training courses this month. The Zika virus has spread to 34 countries and territories in the Americas and was declared an international public health emergency by the World Health Organization (WHO) in February. IAEA >>

A Fifth Nuclear Test at Punggye-ri?

In retrospect, it is clear that the president’s aspirations were vulnerable to foreign and domestic forces that rendered progress on parts of the agenda simply unachievable. Yet, it is vital for political leaders to challenge their bureaucracies and foreign counterparts with visionary ideas. On nuclear security, the vision has been directed into a political process that created awareness and accountability. Carnegie >>

The White House is reportedly trying to decide whether President Obama should visit Hiroshima before he leaves office. He should go. And, since he is a very busy man, I’ve written his speech for him. Bulletin of the Atomic Scientists >>

Radiation has long been recognized as a cancer risk. This study suggests health care professionals who work in labs that use radiation for procedures such as coronary angiography and angioplasty face an elevated risk of a number of health problems beyond cancer. STAT >> 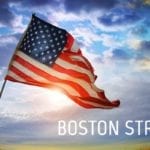