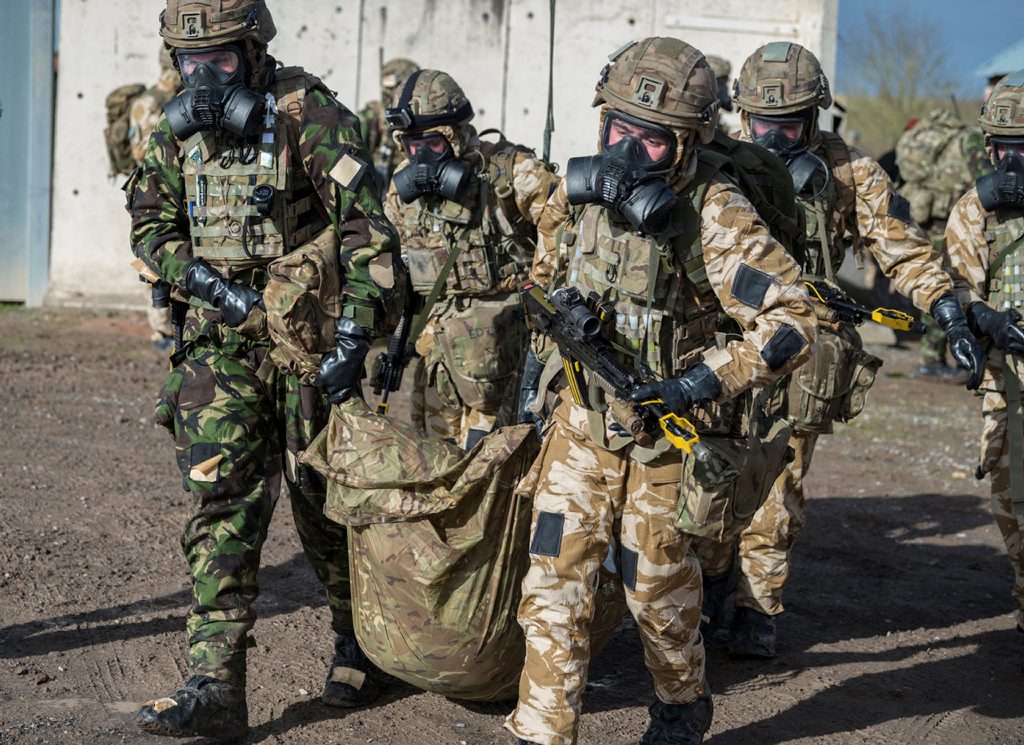 Royal Marines are ready to respond immediately if there’s ever a repeat of the Novichok attack on British soil after honing their chemical warfare skills.

Zulu Company from 45 Commando, based at Arbroath, will now be the first men on the ground should the marines be called on to deal with a chemical, biological, radiological or nuclear (CBRN) incident at home or abroad.

Due to the heightened threat following last year’s incident in Salisbury, the commandos refreshed their skills at the UK’s specialist training centre preparing troops for such forms of chemical warfare.

Military and civilian specialists from the Defence Chemical Biological Radiological Nuclear Centre at Westdown Camp on Salisbury Plain – just 15 miles from the site of the fatal Novichok attack – helped the Scottish-based marines perfect their skills.