Scientists in ECBC’s Detection Spectrometry Branch developed the ABOid biological detection software system that uses bioinformatics algorithms that are capable of rapidly identifying microbes in food samples without knowing what the sample is. Utilizing data from a mass spectrometry system, users can run mass spectral data through the software to provide statistical validation of a sample’s identity.

Biodetech, a biotechnology firm based in nearby Fallston, Md., now has a partially exclusive license of ABOid patents to further develop the technology for the commercial food industry. Two U.S. patents for methods of detection and identification of cell type were issued to ECBC for ABOid in 2012 and 2013.

“ABOid can rapidly identify a multitude of other pathogens in our food, as well as any act of food terrorism” “This agreement will commence another successful partnership between ECBC and industry in providing products and solutions for the warfighter and the nation,” said Joseph Corriveau, Ph.D. director of ECBC. “It’s a wonderful partnership with amazing possibilities.”

“I was absolutely intrigued,” said Robert Webb, Ph.D. CEO of Biodetech, of his reaction when he learned of the technology and its potential applications to food safety. A retired Army colonel, Webb brings more than 20 years of food safety experience to the ABOid development project, having served in the Army Public Health Command’s Veterinary Services, which is responsible for securing the Army’s food supply. “This can be applied to the entire food system.”

Quick and accurate identification of unknown substances is the key feature of ABOid. The software can identify substances in a matter of hours instead of days as all currently used food analysis systems operate. “ABOid can rapidly identify a multitude of other pathogens in our food, as well as any act of food terrorism,” Corriveau said.

Also key is that ABOid uses the data from a sample, not the actual sample, eliminating any potential risk of transporting an unknown substance as well as the cost of shipping samples to be examined. Data is collected from a mass spectrometer and sent via electronic file for processing by ABOid software.

“Given the rapidity and the comprehensive nature of this test, there’s nothing like this out there in the food industry,” Webb said.

A team of scientists at ECBC have been working on ABOid technology for a decade, Corriveau said, but several years ago, the U.S. Department of Agriculture came to ECBC and asked for help in monitoring and protecting the country’s food supply. The Army’s Public Health Command provided hundreds of food samples of a commonly served side item, mashed potatoes, to determine ABOid’s capabilities to detect chemicals or other toxins in food, from salmonella to ricin. “ABOid was able to detect the toxins in the mashed potatoes with 100 percent accuracy,” said Mary Wade, ECBC principal investigator.

Since testing, ABOid has been used successfully to analyze the food supply at Army public health facilities in Korea and Japan and with this agreement, Wade said, the technology could be used in the civilian sector to examine meats, dairy and other food products. 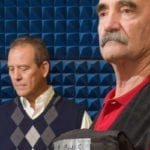 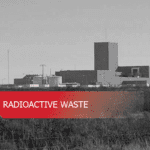