The U.S. Army Joint Munitions Command develops and delivers material readiness, synchronizing and integrating capabilities in support of the Army Chief of Staff’s priorities and Combatant Command requirements. Pine Bluff Arsenal works with JMC to provide those critical capabilities for the Warfighter with specialized ammunition including illuminating, infrared, phosphorus and smoke, as well as varied chemical, biological, radiological and nuclear defense needs.

As a member of the Army Materiel Command’s Organic Industrial Base, Pine Bluff Arsenal’s role is essential to readiness. Providing readiness to the Warfighter requires the Arsenal to remain relevant, modern, technologically savvy and ready to respond to the needs of the nation.

After nearly 40 years, the poor condition of the process, the aging equipment and the older technology resulted in a major effort in 2001 to modernize the WP production process. In September 2005, arsenal officials signed a contract for the modernization efforts. The project, at that time, was one of the largest investments in the installation’s industrial capacity since the early 1980s.

The WP modernization efforts improved the safety, environmental performance, flexibility of the operation and efficiency of the filling of munitions, according to information from the Arsenal’s Directorate of Engineering and Technology. It reduces the manual handling of heavy and hazardous materials minimizing the potential health and safety risks.

“The new WP Line 5 uses 10 workers, the older lines used approximately 25 to 30. Line 4, one of the older lines, was very labor intensive using up to 30 people,” said Jon Hicks, E&T project engineer. “Technically, this is our most complex production line with lots of different systems communicating with each other.”

Quality and reliability is something Pine Bluff Arsenal strives for every day in its grenade production. In 2011, the installation achieved the two million mark in its production of the colored smoke grenade — meaning no failures during lot acceptance tests.

As of June 2019, the Arsenal successfully produced 3,888,502 M18 grenades. The major success of this program came with the addition of the starter patch in 2006, which greatly improved the smoke grenade’s reliability, according to Roch Byrne, PBA Deputy to the Commander. Approximately 1,000,000 M83 smoke grenades have been produced since the addition of the starter patches.

In preparation for the next conflict, JMC, Pine Bluff Arsenal and the Joint Program Office for Chemical, Biological, Radiological and Nuclear Defense work with industry to build partnerships and look for niche capabilities in the CBRND area that fulfill modern Warfighters needs.

One of these capabilities is textile production. In 2015, JPEO CBRND asked PBA to investigate establishing an organic industrial base capability in the production of specialty chemical, biological, radiological and nuclear personnel protective items.

Working with the U.S. Army Natick Soldier Systems Center and the University of Arkansas at Pine Bluff, the arsenal has produced/and is producing neck dams, protective patient wraps and the Integrated Footwear System. A partnership is underway with ReadyOne Industries to create a low-volume commercial Joint Service Lightweight Integrated Suit Technology or JSLIST production facility at Pine Bluff Arsenal.

PBA also makes filters and successfully passed First Article Testing on the M49 120CFM gas filter in July 2017. According to Justin Lieber, project manager with the Arsenal’s Directorate of Business Operations, this is the first new production of this type of filter in more than 10 years.

The M49 filters are used as part of the Intercontinental Ballistic Missile Filter Set, and provide chemical and biological protection for employees at the control centers at Missile Alert Facilities.

According to information from JPEO CBRND, the Arsenal has been a major contributor to the success of both missions and will continue to be a major partner in future efforts. The arsenal has also been integral to all production activities associated with DRSKO which has resulted in a cost avoidance of more than $32 million as of June 2019. 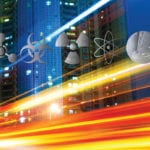 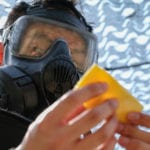