Atos, a global leader in digital transformation, today announced its participation in the COSMIC European project which aims to develop an advanced inspection system to detect Chemical, Biological, Radiological, Nuclear and Explosive (CBRNE) in shipping containers and ports.

The threat of CRBNE components used by terrorists is a major concern – not only for the European Union, but also for worldwide security. These materials could be hidden and smuggled inside containers or vehicles. Reports show that in the US alone, since 1998, there have been more than 1,300 reported incidents of lost, stolen, or abandoned devices containing sealed radioactive sources, with an average of 250 each year. The challenge of improving container and vehicle border crossing and critical infrastructure entrance security checks is of great importance in fighting terrorist threats, theft and smuggling.

COSMIC proposes an innovative approach for the detection of CBRNE materials allowing fast inspection of a large number of containers and vehicles in seaports and in crossing borders, through a three-stage detection system using a new set of innovative sensors. The idea behind this approach is to create a fast and reliable solution where only non-suspect containers will be released quickly after each stage, and only the suspected containers will continue to the next stage.

Atos, as the leader of the ‘System Analytics and User’ workstream, is in charge of the development of the COSMIC system, which will enable the analysis of the outputs of different devices and sensors, as well as other information received from external sources, in each detection stage. The software and algorithms developed will manage and control both the data and sensors in order to provide relevant decision-making.

All project developments will be validated on three controlled field tests in the Netherlands, Albania and Spain. 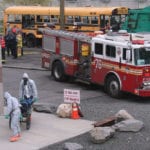 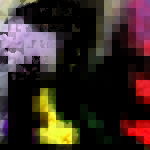