During a visit to Qatar this week, the Director-General of the Organisation for the Prohibition of Chemical Weapons (OPCW), Ambassador Ahmet Üzümcü, delivered the keynote opening speech of the OPCW and the State of Qatar’s Training Course for National Authorities of States Parties to the Chemical Weapons Convention (CWC) on Training Escorts for Inspections.

Üzümcü discussed on-going efforts to uphold the global ban on chemical weapons through his talk, “Chemical Weapons Abolition: 20 Years On”.

The course, held at the Doha Regional Centre for CBRN Training, is tailored for training personnel who perform the role of national escorts during OPCW inspections. It involves practical exercises such as identifying declarable chemical industry activities, pre- and post-inspection activities, and mock industry inspections.

Qatar joined the Chemical Weapons Convention in 1997. It actively engages with and supports OPCW activities, including those that build national and regional capacity through the OPCW’s international cooperation and assistance programs.

“Despite the existence of one of the most successful disarmament treaties ever, the violation of the Chemical Weapons Convention’s fundamental prohibitions is a matter of serious concern. This means that our work is far from over. Getting the world to agree on a norm requires hard work; to make that norm truly universal and enduring is even more challenging,” Ambassador Üzümcü emphasized.

The speech also covered the OPCW’s larger mandate to enhance universal understanding of international non-proliferation norms and potential threats facing the Convention, both present and future. 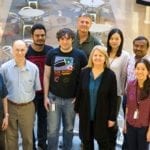