Topics in this issue include Assad’s continued defiance on chemical weapons use, the disposal timeline for old Navy nuclear submarines, and Pakistan’s C-WMD efforts.

ISIL Uses Toxic Chemicals in its Defense of Mosul

Last Thursday ISIS took the first step in its chemical strategy by setting ablaze the Mishraq Chemical plant and sulphur mine, located thirty km south of Mosul. The toxic cloud includes lethal sulphur dioxide and hydrogen sulphide. When combined with residue from burning oil wells, it is deadly for people caught in the open or without gas masks. HSNW >>

The STRATCOM Commander discussed Russia, China, North Korea, Iran and the Islamic State of Iraq and the Levant as the five evolving challenges the military faces, and he emphasized that strategic deterrence capabilities are used every day to maintain strategic stability. Department of Defense >>

Given the spate of terrorist attacks in places like Brussels and Istanbul – are airport screening requirements changing? Are airports, for instance, looking to do more screening before or as passengers enter the main terminals? Intersec Blog >>

Pakistan has underscored the need for measures to prevent non-state actors and terrorist groups from obtaining and using chemical and biological weapons, while sharing international community’s concern over the danger of those arms falling into the wrong hands. Business Recorder >>

Father of the Atomic Age

In March 1939, at the Navy Department in Washington, Adm. S.C. Hooper was informed of a visitor. “There’s a wop outside,” the desk officer announced. The man in question, who overheard the slur, was Enrico Fermi. He had just won the Nobel Prize and had come to warn of the danger posed by his own recent discoveries in nuclear physics. Fortunately for his newly adopted homeland, he had a thick skin. America, not Italy, would build the bomb. Wall Street Journal >>

Modernizing the Format of Nuclear Data

Despite the importance of nuclear data to so many fields, the format for storing, evaluating, and using these data goes back to the 1960s, when computing was based on 80-column punch cards—small, stiff sheets of paper that contain information represented by the presence or absence of holes in predefined positions. Phys.org >>

The Pipeline and Hazardous Materials Safety Administration (PHMSA) — charged with overseeing 2.6 million miles of pipelines and the handling of a million hazardous material shipments a day — missed deadline after deadline as it attempted to craft the safety rules and regulations that give federal laws effect, auditors from the DOT inspector general’s office wrote in their Oct. 14 report. Desmog >>

US Condemns Assad’s ‘Defiance’ on Chemical Weapons Use

The White House condemned the Assad regime’s “defiance” of international norms after United Nations experts found the Syrian army had conducted three chemical weapons attacks against its own people in 2014 and 2015. Yahoo >>

A train has derailed in the Town of Superior and authorities are working to clean a flammable chemical leak. Officials confirm a BNSF train derailed at the Pokegama Rail Yard around 12:40 a.m. on Oct 25. Four cars were overturned. Fox 21 KQDS >>

In April 2009, Daryl Johnson was caught in a firestorm because of a report he wrote at the Department of Homeland Security. It warned of a surge in activity by right-wing groups, including militias, white supremacists, anti-government activists and others motivated by racial grievances toward the nation’s first black president and the consequences of a faltering economy. Emergency Management >>

The Air Force ignored decades of warnings from its own researchers in continuing to use a chemical-laden firefighting foam that is a leading cause of contaminated drinking water for at least 6 million Americans, including thousands of people south of Colorado Springs. The Gazette >>

No other weapon has become more synonymous with modern asymmetrical warfare and driven the technologies, tactics and procedures associated with force protection than improvised explosive devices (IEDs). Defense News >>

An anti-nuclear candidate has been elected in a region of Japan that houses the world’s biggest atomic power station, striking a blow to Tokyo Electric Power’s attempts to restart the plant in the wake of the Fukushima disaster. The Guardian >>

A lack of money, expertise and disposal sites mean derelict British nuclear submarines containing radioactive material will not be fully dismantled and disposed of for 25 years, officials have admitted. The Royal Navy has 19 old nuclear-powered submarines stored in ports waiting to be dismantled, with another eight due to retire and join them in the coming years. The Telegraph >>

While CBRN training is a yearly requirement, many soldiers have not participated in the training for a long time because of deployments, moving to different units and wartime priorities. As the Army moves back to operating as a conventional force, and begins to put a fresh emphasis on yearly requirements, CBRN training is re-emerging as an event that few will miss. Many of the Soldiers whose last time in the gas chamber was in basic training were enthusiastic about giving it another shot. Fort Campbell Courier >> 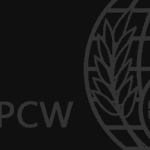