Leading conservation scientists from around the world have called for a substantial role for nuclear power in future energy-generating scenarios in order to mitigate climate change and protect biodiversity.

In an open letter to environmentalists with more than 60 signatories, the scientists ask the environmental community to “weigh up the pros and cons of different energy sources using objective evidence and pragmatic trade-offs, rather than simply relying on idealistic perceptions of what is green.”

“Biodiversity is not only threatened by climate disruption arising largely from fossil-fuel derived emissions, it is also threatened by land transformation resulting from renewable energy sources, such as flooded areas for hydro-electricity, agricultural areas needed for biofuels and large spaces needed for wind and solar farms.”

In the article, the researchers evaluated land use, emissions, climate and cost implications of three different energy scenarios: ‘business as usual’ fossil-fuel dominated; a high renewable-energy mix excluding nuclear; and an energy mix with a large nuclear contribution plus some renewable and fossil-fuel sources.

They also used “multi-criteria decision-making analysis” to rank seven major energy types based on costs and benefits, testing the sensitivity of their rankings to bias stemming from philosophical ideals.

“When compared objectively with renewables, nuclear power performs as well or better in terms of safety, cost, scaleability, land transformation and emissions,” says Professor Barry Brook, Chair of Climate Change at the Environment Institute for this study, and now Professor of Environmental Sustainability at the University of Tasmania.

“Not only does next-generation nuclear power provide emissions-free electricity, it is a highly concentrated energy source that consumes legacy waste and minimizes impacts to biodiversity compared to all other energy sources.”

They argue that there is strong evidence for supporting advanced nuclear power systems with complete fuel recycling as part of a portfolio of sustainable energy technologies that also includes appropriate use of renewables, energy storage and energy efficiency.

“Idealized miles of nuclear and renewables are regionally dependent, and should be compared objectively without prejudice or preconceived notions of what is ‘green’,” says Professor Bradshaw. 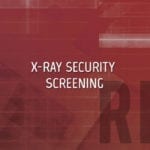