The teams conducted nuclear infrastructure and assessment training and trained on specific aspects of the nuclear fuel cycle. In addition to exercising individual skills and equipment capabilities, both teams used the training to test and refine their concept of operations.

See also: In Pictures: Search and Rescue After Nuclear Event

Additionally, the NDTs utilized the Department of Energy (DOE) Triage for isotope verification and also transported samples to the Mobile Uranium Facility. This training detailed paid off with immediate improvements upon an array of critical tasks.

This marks the second major training event of the fiscal year 2016 for the NDTs; it was used to integrate new arrivals into the small teams.

“Despite being newly formed, NDT-1 showed its professionalism and capabilities this week. Each member of the team took on tasks with adaptability, patience, and maximum effort,” said Ltc. Jeff Kyburz, NDT-1 Team chief. “The true success of the week was how well the team worked together and excelled at nuclear characterization.”

In March, the NDTs will participate in an interagency exercise which will exercise their ability to support the National Technical Nuclear Forensic (NTNF) mission in support of the FBI and the DOE. In June, the NDTs will also conduct training at the Savannah River National Lab. 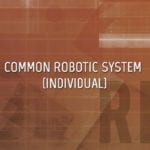