Laser-Induced Plasma: Snapshots from high-speed video showing the formation of a laser-induced plasma (8.9 mm tall) on an explosive residue; the resulting shock wave is shown in the first frame. (U.S. Army)

Stored small-scale and large-scale explosives, from blasting caps to nuclear weapons, need to be tested regularly for safety, whether those weapons are stored for five years or stockpiled for 30 or more years.

When subjected to extreme environmental conditions such as temperatures above 65 degrees Celsius or below negative 20 degrees Celsius, they can become prone to accidental detonation.

Scientists led by the U.S. Army Research Laboratory have demonstrated a new method for testing stockpiles, a step they say will help reduce accidental detonation and ensure the weapons perform as expected.

The technique uses a high-power laser pulse lasting a few nanoseconds (one billionth of a second) on the surface of the explosive. Since only very small amounts of material are needed for the test, there is no danger of an explosion occurring and the test can be safely performed inside the research laboratory.

The laser pulse, which takes the place of an actual detonation event, violently rips apart the explosive molecules and forms a laser-induced plasma. Temperatures in the plasma rapidly reach more than 10,000 K (17,540 °F), creating a shock wave that expands into the surrounding air. The more powerful the explosive is, the hotter the plasma becomes and the faster the shock wave moves. By measuring the speed of the shock wave, the energy release from the explosive can be determined.

“Our results successfully demonstrated that an explosive formulation based on the military’s most powerful explosive, CL-20, not only becomes less effective when stored at high temperatures, it also becomes easier to ignite,” said Dr. Jennifer L. Gottfried, a researcher at ARL. “This increases the likelihood that a weapon containing this explosive could be accidently discharged, creating a significant safety hazard for our Soldiers.”

This technique was recently used to test an explosive formulation of interest to researchers at Sandia National Laboratories who study the properties of aged-energetic materials.

“Testing stockpiles is a continual process and is important for current stockpiles as well as older ones. The samples in this study were only aged for five years and still showed decreased performance and increased sensitivity,” Gottfried said.

Read more: Laboratory-scale investigation of the influence of aging on the performance and sensitivity of an explosive containing µ-CL-20 by Jennifer L. Gottfried, Rose A. Pesce-Rodriguez, Darcie Farrow and Jennifer Dellinger in the journal Propellants, Explosives, and Pyrotechnics. 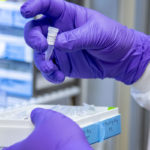 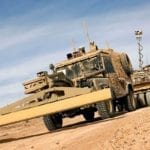