Despite the proven interesting features of some biocompatible Metal-Organic Framework nanocarriers in the encapsulation and release of many different therapeutic molecules, nerve agent antidotes have not been adequately addressed.

Organophosphate compounds are known for their ability to inhibit acetylcholinesterase (AChE) by forming a covalent bond with a serine residue in the active site of AChE. Inhibition of AChE causes accumulation of ACh in the synapses and overstimulation of ACh receptors, resulting in severe symptoms such as convulsions, flaccid muscle paralysis, seizures and ultimately, death.

Current therapeutic treatments of this chemical agent poisoning includes administration of atropine, diazepam, and a compound generally referred to as “oxime”, which is capable of restoring the activity of AChE. An example of such an oxime is pralidoxime or 2-PAM.

Further research could improve control over the drug delivery kinetics, thus improving the 2-PAM half-life. Given the simplicity of preparing MIL-125-NH2 nanoparticles and its remarkable colloidal stability, this nano-MOF system seems to be a powerful tool for application in biomedicine and other relevant fields requiring stable colloidal solutions.

An enzyme called organophosphorus acid anhydrolase (OPAA) has attracted attention recently for its ability to break down nerve agents. But the body’s immune system gets rid of it quickly. Packaging the enzyme in liposome nanocarriers gives the antidote greater staying power, but handling and storing the liposomes is complicated. Researchers sought to make a potentially simpler carrier. Global Biodefense

More than 1,400 people, including an estimated 426 children, died in the August 2013 gas attack, according to US intelligence estimates. Syrian doctors had only limited amounts of antidotes against the nerve gas. Medical staff around Damascus reportedly had a total of some 50,000 ampoules of atropine, a drug that blocks the receptor responsible for binding acetylcholine, thereby preventing nerve and muscle cells from responding to the neurotransmitter. Very limited amounts of both pralidoxime (2-PAM)—a compound that reactivates sarin-inhibited AChE—and the anti-anxiety drug diazepam (better known as Valium), were also available. Nature

Encapsulation of the acetylcholinesterase reactivator, pralidoxime chloride (2-PAM), in SLNs appears to be a suitable strategy for protection against poisoning by organophosphorus agents (OPs) and postexposure treatment. Our results confirm the potential use of SLNs loaded with positively charged oximes as a medical countermeasure both for protection against OPs poisoning and for post-exposure treatment. ACS Applied Materials & Interfaces

The National Institutes of Health (NIH) has awarded Rutgers University a five-year grant for more than $19 million for research that would lead to the development of drugs to treat toxicity from chemical agents used in a terrorist attack. Global Biodefense

Researchers from the University of North Carolina at Chapel Hill and Moscow State University have now announced a potent enzyme called organophosphorus hydrolase that can reverse and prevent poisoning by pesticides and nerve gas. In the study, researchers developed a way to wrap the enzyme into a nanoparticle. This could then be administered before, during and after exposure to organophosphate-based toxins. In mice, the team showed how their nanozyme circulated in the blood for 17 hours after one dose. International Business Times 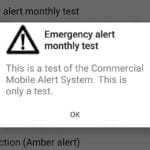