The FCC passed a rule in 1998 that would require all wireless carriers to enable location tracking for 9-1-1 purposes. That landmark decision kick-started a decades-long domino effect in which location-tracking abilities inside devices rapidly improved, relying first on the location of cellular towers and, eventually, on GPS.

And yet, while the app economy has profited handsomely from these developments, they’ve gone woefully underutilized in emergency scenarios, particularly as it pertains to wireless emergency alerts, those push notifications that tell you when a flood or wildfire is heading your way. That’s partly because wireless carriers and smartphone manufacturers have lobbied extensively against new forms of regulation.

Earlier this month, FCC Chairman Ajit Pai announced the commission would move forward with an Obama-era order calling for wireless carriers to pinpoint emergency alerts down to the cellular tower level. Until recently, these alerts have targeted entire counties, an area so vast that, typically, people either receive alerts that are irrelevant to them, or emergency managers forgo alerts altogether—with potentially disastrous consequences. The alerts will also include embeddable links that can redirect people to additional information.

For public safety and communications experts, including Wheeler, these upgrades represent a crucial step in a multiyear battle with the cell phone industry.

Read the rest of the story at Wired.

Why Homeland Security Unleashed an ‘Alien Virus’ on Silicon Valley

Short answer: It was an exercise which proved a point that wireless emergency alerts could be way better—and save more lives. The real battle being fought right now is not between the National Guard and interstellar microbes but between government agencies keen to drag WEA into the digital age and a telecom industry that seems happy with things just the way they are. Motherboard

On September 19th, 2016, the New York City Office of Emergency Management sent a text alert to millions of wireless phone subscribers in the area, asking them to help catch a terror suspect.The text alert caught many by surprise, and the public attention that followed put Wireless Emergency Alerts (WEA) in the spotlight.

“Too many people do not know enough about the system. When they receive a WEA message, they don’t know what to do or how to respond, which defeats the whole purpose of the system,” noted DHS S&T’s First Responders Group WEA program manager Denis Gusty. “We must continue to research the behavior of why people react one way or another after receiving an alert, especially when it comes to flooding.” DHS

Millions of New Yorkers got alerts delivered to their cellphones Monday morning seeking information about a suspect in Saturday’s bombing in the city’s Chelsea neighborhood. The technology that enabled the instant mass message was 15 years in the making — and the alerts’ limitations show just how much further the country’s emergency alert system needs to go to deliver timely, useful, actionable information. FiveThirtyEight

DHS is working to identify research institutions, industry, government, and academia to perform RDT&E activities that address geographic targeting and public response performance gaps. This research will aid the operation of Wireless Emergency Alerts as it exists now and it will also be knowledge that can be applied to future system iterations. DHS

Communities in wildfire-prone Northern California have an array of emergency systems designed to alert residents of danger: text messages, phone calls, emails and tweets. But after days of raging blazes left more than two dozen dead, authorities said they will review those methods after some residents complained the warnings never got through. WTOP

How to Get Tech Disrupters DHS Funding & Market Access

Tech security startups can get up to $200,000, or $800,000 over four phases, from the Silicon Valley Innovation Program (SVIP), a five-year program of the Department of Homeland Security (DHS). For civic leaders everywhere, this is a great program to help local disrupters — tech talent that often has little funding — get commercial ventures off the ground. It provides investment as well as access to U.S. homeland security markets. Efficent Gov 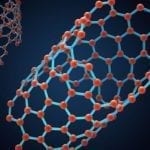 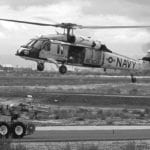