Soldiers laud the ballistic protection Mine Resistant Ambush Protected, or MRAP, vehicles that provide them against underbody threats, but now a brand-new MRAP feature, the first of its kind for the Army, will help maximize warfighter safety and survivability.

Electronic stability control, or ESC, is a computerized technology designed to improve vehicle stability and has been common in commercial automobiles for more than a decade. Thanks to a development effort initiated in 2010 by the U.S. Army’s Program Office for MRAP vehicles, also known as APO MRAP, the entire MaxxPro Family of MRAPs will soon sport ESC.

This integration makes MRAPs the first U.S. Army vehicle platform to incorporate this important safety technology intended to reduce the number of MRAP rollovers. ESC installation aboard MaxxPro vehicles began in late 2014 at Red River Army Depot, Texas, and West Point, Mississippi, and is scheduled to finish by the end of fiscal 2017.

What’s more, this marks an important step in integrating “driver assist” technologies through an evolutionary approach toward delivering autonomy-enabled warfighter capabilities relevant to Force 2025 and beyond.

“It just makes sense,” said Lt. Col. Elliott Caggins, the APO’s Vehicle Systems product manager. “We have developed the most ballistically survivable tactical vehicle platform possible. We need to make sure that it is as safe in all aspects of operation, not just for enemy threats.”

“This technology will increase operator safety and confidence, making the platform that much more effective,” Caggins added.

To withstand the greatest underbody threat, the highest amount of distance from the bottom of the vehicle to the ground is required. However, maximizing this distance raises the vehicle’s center of gravity and reduces stability, giving MRAP vehicles like the MaxxPro a higher propensity to roll over.

Since MaxxPro fieldings began in 2007, Soldiers have been involved in several rollovers. Most were fall-initiated, meaning the roadway underneath collapsed; but others were maneuver-related. Both kinds of rollovers, sadly, resulted in injuries or fatalities.

While ESC would not have prevented the fall-initiated incidents, it would have reduced or eliminated the maneuver-related rollovers, saving Soldiers’ lives and avoiding millions of dollars in materiel damage.

“The addition of ESC on the Maxx-Pro Dash, as well as the MRAP family of vehicles, can make a substantial improvement in safety and performance,” said Tom Stafford, the U.S. Army Maneuver Center of Excellence’s MRAP capability developer. “The system forgives driver inexperience and helps the more experienced driver when the unexpected happens.” When driving, the driver continuously scans the environment, assessing road conditions, as well as stationary objects.

He or she takes these inputs, along with their vehicle’s own speed, direction, engine RPM, braking, and “spatial feel” to make continuous calculations and adjustments to maintain safe vehicle control. Even professional drivers can’t always take all of this information and make the best operating decisions, especially when there is a need for an emerging evasive maneuver such as a vehicle losing a load or an unexpected obstacle like a small child chasing a ball into the road.

A vehicle threat like a vehicle-born IED magnifies the situation exponentially for Soldiers.

ESC can help military drivers because it takes all the vehicle factors, combines them with driver intent, and determines if the vehicle is operating in an unsafe manner that would result in loss of vehicle control or a potential roll over.

“We worked with Bendix, who has been a critical partner with Navistar and has been working on ESC for our commercial line since 2007, and leveraged that experience into the design of the MaxxPro system,” stated Scott Zion, Navistar Defense’s MaxxPro chief engineer. “This helped us reduce program cost, schedule and risk.”

The ESC system is also a relatively mature technology. In the 1980s, BMW started developing the technology for its passenger cars. Understanding the positive impact ESC can have on highway safety, the National Highway Traffic Safety Administration mandated ESC be installed for all passenger cars, light trucks and SUVs manufactured after 2011.

For the Army, implementing ESC aboard MRAP vehicles is a natural progression for an already advanced automotive platform. It uses the vehicle anti-lock braking system time data received through the vehicle Controller Area Network (CAN) bus. It takes that data and the intent of the driver in a sensor in the column to intercede when necessary to prevent an unsafe vehicle driving condition. It seamlessly restricts engine power and applies braking at each wheel until the vehicle has passed the “unsafe” threshold. It then slips quietly into the background and allows full driver control when monitoring and waiting for the next time to intervene.

The system is fully automatic, but can be turned off if the conditions require, such as slippery off-road conditions with low traction. The system can also be an enabler for future fully autonomous vehicles.

In order to ensure a smooth vehicle integration, the product office conducted a user evaluation in July 2012 at the Nevada Test Center to gauge user interest and determine if military drivers considered it useful if integrated onto their vehicles. MRAP MaxxPro and MRAP All Terrain Vehicles, or M-ATV, were evaluated in several driving conditions with and without ESC-equipped vehicles.

Overall, interest in and user confidence was very high. In fact, the user evaluation report states, “The belief that the ESC system made operating the vehicle safer was unanimous. Additionally, it was widely believed the ESC system would benefit inexperienced MRAP vehicle drivers for both training and operational purposes.”

“The participants for the most part,” the report continues, “expressed complete trust in the ESC systems to perform as it was designed.” MaxxPro’s final ESC configuration was completed earlier this year and is slated for installation on 2,633 Maxx- Pro Dash MRAPs in fiscal 2015-2016 reset, along with 301 new MaxxPro long wheel base ambulances manufactured in FY15. Future plans include integrating ESC onto other Army MRAPs. 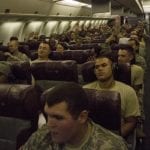 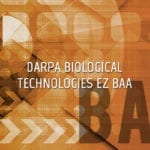