A series of pipes, valves and mixing manifolds is part of one of the two field-deployable hydrolysis systems that were installed aboard the MV Cape Ray and were used to destroy more than 600 tons of Syrian chemical materials. Edgewood Chemical Biological Center and the Joint Project Manager for Elimination were awarded the 2014 Tim Otter CBRN Innovator of the Year Award by the CBRN-UK group for their work in developing and deploying the FDHS. Credit: C. Todd Lopez

A United Kingdom organization has given an innovation award to the Defense Department team responsible for developing and operating the field-deployable hydrolysis systems used aboard the U.S. ship MV Cape Ray this year to destroy tons of Syrian chemical materials.

CBRN-UK, a British chemical, biological, radiological and nuclear industry special-interest group, presented the Tim Otter CBRN Innovator of the Year award yesterday to representatives of the DoD team, with members from the Joint Program Executive Office for Chemical and Biological Defense, or JPEO-CBD, and the U.S. Army Edgewood Chemical and Biological Center, or ECBC.

The organizations, located at the Edgewood Area of Aberdeen Proving Ground in Maryland, were honored for their rapid response to world events in developing the field-deployable hydrolysis system.

It is the first time CBRN-UK has given the award to a company or organization outside the United Kingdom.

Pusey deployed aboard the Cape Ray as a command post operator, monitoring and directing chemical destruction operations. He said the chemical operations crew, made up of 45 DoD civilian employees who volunteered for the mission, was eager to get the job done.

Blades, aboard ship as commander of the chemical operations team, said the mission was an international one and his team worked with the United Kingdom and many other countries to make it happen.

“The U.K. was very involved and contributed to providing destruction capability for some of the other chemicals involved in the Syrian stockpile,” Blades added. “So we’ve enjoyed a close relationship with the U.K. in this whole endeavor, and it’s very much an honor to be considered a top innovator by them.”

Blades said the award is a tribute to the talent, energy and commitment of the federal government employees responsible for the bulk of the system’s conception, design, procurement, fabrication, installation and operation.

In late 2012, as the armed conflict in Syria spread into the region, DoD officials recognized that they lacked a deployable technology for destroying large amounts of chemical warfare materiel such as the Syrian chemical weapons stockpile.

While the international community engaged with the Syrian government on giving up its stockpile, JPEO-CBD and ECBC formed a team to bring decades of chemical weapons destruction experience to bear on the problem.

Other team members came from the Defense Threat Reduction Agency and the U.S. Army Contracting Command.

The hydrolysis system was a fast-track acquisition project initiated officially in February 2013. Within six months, the team had conceived, designed, built and systemized a deployable system.

By mid- to late-2013, with no nation willing to permit Syrian chemical agents to be destroyed on its soil, the team quickly adapted and installed two field-deployable hydrolysis units aboard the 648-foot Maritime Administration Ready Reserve ship MV Cape Ray.

The system is designed to process bulk liquid chemical warfare agents, essentially mixing the chemicals with heated water, sodium hydroxide and sodium hypochlorite bleach to produce a low-level chemical waste that’s treated to reduce acidity. The waste is then stored in containers for delivery to commercial waste-treatment facilities.

The Cape Ray’s chemical cargo from Syria consisted of 581 tons of methylphosphonyl difluoride, or DF, the main precursor of sarin and other nerve agents, and 19.8 tons of sulfur mustard, a blister agent. The chemical operations crew used the hydrolysis system to degrade the chemical agents in less than six weeks while the Cape Ray navigated the Caribbean Sea.

Pusey said the team that deployed aboard the Cape Ray depended heavily on reach-back support from their colleagues at JPEO-CBD and ECBC.

“There were a lot of folks involved from both organizations who were supporting the efforts from Edgewood who deserve an enormous amount of credit,” he added.

The Cape Ray arrived back in Portsmouth, Virginia, Sept. 17, and ECBC operators remained on board until month’s end to demobilize and recover the equipment from the ship and decontaminate parts of the field-deployable hydrolysis system that had been exposed to chemical agents so the ship could be returned to the U.S. Maritime Administration.

Pusey, who acted mainly as a control room or command post operator during his months aboard the Cape Ray, said the mission was a roller coaster ride on the front end, noting that the ship staged in Rota, Spain, as it awaited its mission.

“There was a lot of waiting in Rota, and that’s understandable given the circumstances of the chemicals that were coming out of Syria, … but morale was extremely high when we took off and hit Italy and [the port at] Gioia Tauro to pick up the chemicals,” he said.

In hindsight, he said, the chemical-agent processing went remarkably well, but he found the day-to-day job of working with the chemicals in a completely new way an emotional experience.

“We spent months planning for this, and there was still some emotional involvement in whether or not all of our planning was going to pay off,” Pusey explained, adding that the technical achievement of the field-deployable hydrolysis system is the highlight of his career.

The Fate of the System

The system’s success prompted much enthusiasm and conjecture about its future uses, Blades said, “but we’ve been aggressive in cautioning folks … that the process appeared easy, [quick and clean] from the outside … but it wasn’t a walk in the sun.” The process of putting the system together was hugely complex, he said, requiring a lot of thought and very hard work.

Still, there has been conjecture in the media, other discussions and sidebar conversations with policy officials about how the system might be used, Blades said, “but we haven’t been asked to pack stuff up and start taking it places.”

Pusey said that an enormous number of possibilities exist for the kinds of liquid bulk chemical material the system could be used to process.

“They’re a fairly generic combination of chemical processing equipment,” he added, “it was just unique the way they were assembled and applied in this case.”

But the system was designed with the capability to deal with other chemicals of concern — precursors and the standard nerve agents, he added.

Decisions to Be Made

“Sitting here at Edgewood,” he added, “barring a bright idea on someone’s part [about] a constructive use of the equipment, I will end up having to propose and get approval to, at a minimum, put it on the shelf, and, at worst, dispose of it because keeping it costs money.” 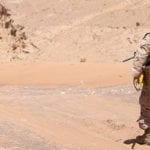 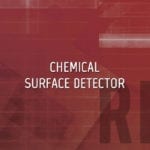