A new Viewpoint article in The Journal of the American Medical Association questions whether the notion of the community hospital as a sanctuary from violence may have become too quaint.

The fatal shooting death of a Boston surgeon Jan. 20, 2015, the authors note, was another in what appears to be an increasingly frequent series of “active shooter” incidents in U.S. health care facilities.

“We would like to think that hospitals are not an area that would be subject to harm, and maybe that’s why we want them to be free and accessible and not overly secure like a fortress,” said co-author Dr. Eli Adashi, former dean of medicine and biological sciences at Brown University. “But I think times are changing.”

Statistics bear out that bleak notion. In the year leading up to the murder of cardiothoracic surgeon Dr. Michael Davidson at Brigham and Women’s Hospital in Boston, there were 14 other active shooter incidents at hospitals around the country that left 15 people dead, Adashi and his co-authors wrote.

According to a 2012 study in the Annals of Emergency Medicine, that more-than-monthly frequency is not new. By examining news accounts, those researchers found that while hospitals faced about nine active shooter incidents a year between 2000 and 2005, the rate had climbed to 16.7 a year between 2006 and 2011. Along the way 161 people died.

Adashi and co-authors I. Glenn Cohen, professor of law at Harvard University, and Hans Gao, a student at the Warren Alpert Medical School of Brown University, are not the only ones worried by the trend. In the month before Davidson was killed, the U.S. Department of Health and Human Services issued a guide to help health care facilities incorporate active shooter planning into their emergency plans. Accreditation already requires planning for active shooters.

Hospitals can face civil liability if they are willfully underprepared, the authors note. But beyond relatively benign measures such as posting signs prohibiting the carrying of concealed weapons, the authors wrote, “it is hardly self-evident what if any elements of free access to a hospital should be constrained in the name of security, given that no single measure is a security panacea.”

The authors express pessimism that help will come soon from national policies that would improve behavioral health or limit access to firearms. Hospitals therefore must act themselves, to the extent that judgment recommends it and resources allow it.

“Hospitals are not without recourse in seeking to mitigate the threat of active shooter incidents,” the authors wrote. 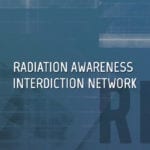