Topics in this issue include nuclear weapons research, mass spec for biodetection; the RAIL-CHEM program; Fukushima research and more.

The National Council of Resistance of Iran said underground labs in suburban Tehran have been used since 2008 to enrich uranium. It said the plant, named Lavizan-3 after the neighborhood where many officers and their families live, is reached through tunnels leading from under a building ostensibly used to process passports and identity cards. Washington Post >>

ECBC and JPMNBCCA are interested in determining the portability of commercial mass spectrometers to be interfaced with ECBC’s Agents of Biological Origin Identifier (ABOid) Algorithm for microbial detection and identification.  The ABOid algorithm can analyze mass spectra signatures and provide a microbial identification and classification output. Results are color-coded to highlight anything that could be considered a pathogen and whether it is toxic. Global Biodefense >>

Ever since al Qaeda in Iraq rebranded itself as the Islamic State in Iraq and the Levant in 2013 and split from al Qaeda at large, there has been some confusion as to how exactly to refer to the entity. The extremist group’s growing paramilitary force is attempting to create an independent state governed by a Wahhabist ideology. It has been referred to as the Islamic State, IS, ISIS, and ISIL, with no convention appearing to have emerged, and there has been just as much coverage about the debate surrounding this nomenclature vacuum. Pandora Report >>

Aside from the glimmers of hope coming out of the P5+1 (U.S., UK, France, Russia, China and Germany) nuclear talks with Iran, strategic geopolitical realities on the ground suggest tacit cooperation between Israeli Prime Minister Benjamin Netanyahu and Saudi King Salman as a good cop bad/cop force against Iranian non-nuclear armament. Both Israel and the Saudis have expressed frustration with any move from Washington toward Iran; especially, the nuclear talks. In Homeland Security >>

The overall goal of RAILS-CHEM is to design and develop a browser-based simulation for military and emergency response personnel on the topic of chemical agent response. The simulation will integrate algorithms to depict chemical agent behaviors and handheld detection systems’ responses. Global Biodefense >>

In October 2014, during the peak of the Ebola epidemic which terrorized citizens in Liberia, Guinea, and Sierra Leone, security and terrorism analysts considered the probability of the Islamic State (ISIS) or other terror groups weaponizing Ebola and unleashing the virus in New York, Paris, London, or another major city. Many bioweapon researchers played down the threat. However, a U.K. military research unit was tasked just last fall with evaluating whether terrorist organizations could use Ebola to attack Western targets. HSNW >>

Could Ebola Mutate Faster Than We Can Develop Treatments?

As the worst known epidemic of the Ebola virus continues in West Africa, scientists around the world are trying to develop treatments for those infected. But a process of viral mutation, known as “genetic drift”, could potentially compromise their efforts. Global Biodefense >>

Russian online newspaper Vzglaid is carrying a story that wrongly claims that I have said a Russian flight-test of an INF missile would not be a violation of the INF Treaty as long as the missile is not in production or put into service. That is of course wrong. I have not made such a statement, not least because it would be wrong. On the contrary, a test-launch of an INF missile would indeed be a violation of the INF Treaty, regardless of whether the missile is in production or deployed. Federation of American Scientists >>

Radioactivity in seawater near the Fukushima Daiichi Nuclear Power Plant has remained low and stable from 15 to 22 February 2015, according to the regular update and sea area monitoring results provided by Japan’s Nuclear Regulation Authority (NRA) to the IAEA.  An analysis of the seawater from the area around the outside of the port of Fukushima Daiichi was also received. IAEA >>

Brian O’Donnell, a chemist, and Amy Dean, a civil engineer, worked closely with ECBC as part of the Joint Program Manager-Elimination (JPM-E) and spoke about their experience Wednesday night at the Bel Air Public Library. They shared insights from “behind the scenes” stories that enabled the multi-organizational team to prepare and support the historic mission that safely destroyed more than 600 metric tons of chemical agent in just 42 days aboard the MV Cape Ray. ECBC >>

This month, the White House hosted a three-day summit on Countering Violent Extremism (CVE) to discuss concrete steps the United States can take to develop community-oriented approaches to CVE. As a part of the summit, the White House released a strategy to counter domestic violent extremism that includes appointing a full-time CVE Coordinator at the Department of Homeland Security and partnering with three cities; Boston, Los Angeles and Minneapolis-St. Paul, to pilot programs that integrate communities, government service providers and law enforcement agencies to address violent extremism. START >>

The need to improve understanding and reduce uncertainty in phenomenon and models having bearing on safety by better sharing information on vital nuclear research projects was underscored at the IAEA’s eighth International Experts Meeting (IEM) in Vienna last week. IAEA >>

The Director of National Intelligence (DNI) James R. Clapper delivered the United States Intelligence Community’s 2015 assessment of threats to US national security this week. Clapper provided a variety of strategic assessments, risk analyses, attribution and deterrence sections, threat sections and sections devoted to the integrity of information for each of the Global Threats, depending on the importance of the threat to US national security. HSDL >>

The Executive Secretary of the Comprehensive Nuclear-Test-Ban Treaty Organization (CTBTO), Lassina Zerbo, today met the Director General of the Organisation for the Prohibition of Chemical Weapons (OPCW), Ahmet Üzümcü, at the OPCW’s headquarters in The Hague to discuss deepening the cooperation between both organizations. OPCW >>

European researchers have developed a wireless sensor system to monitor the safety of large infrastructure such as bridges – but also historic monuments. The new system will potentially save lives as the structure ages, and it will reducing construction cost of new infrastructure. HSNW >>

The Defense Department is in the final stages of moving to a new, cloud-based network collaboration tool, giving DOD users three months to make the move. The current collaboration service, Defense Connect Online, has been a valuable tool for DOD users, allowing them to communicate and share information securely via instant messaging, low bandwidth text chat and web conferencing. Defense Systems >> 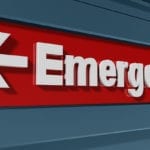