Environics has signed a new deal to worth over 2M€ to supply CBRN Monitoring Systems to support the Finnish Navy.

The contract with RMC (Rauma Marine Constructions) will outfit systems on four Pohjanmaa Class multi-role corvettes, as part of the strategic Squadron 2020 project. These new corvettes will be delivered to the Finnish Navy, a branch of The Finnish Defence Forces, from 2025 to 2027, and will serve anti-surface warfare, anti-air warfare, anti-submarine warfare, surveillance and mine-laying missions. They are expected to be in full operational status by 2029.

Together with the existing four Hamina-class missile boats, the four new Pohjanmaa Class Corvettes will form the backbone of the Finnish Navy from the mid-2020s onwards.

In 2021 alone, Environics received orders of CBRN Monitoring Systems for over 20 vessels.

Pohjanmaa Class multi-role corvettes will have an overall length of approximately 114m, beam of about 16m, and the maximum draught will be about 5m making them the largest Finnish surface combatants since the 1930s coastal defense ships. Each vessel will have a crew of about 70. 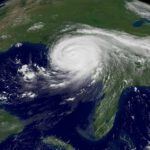 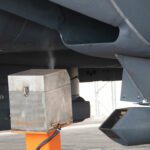