The U.S. Defense Advanced Research Projects Agency (DARPA) is increasing spending on a secret research effort to use artificial intelligence to help anticipate the launch of a nuclear-capable missile, as well as track and target mobile launchers in North Korea and elsewhere.

The effort has gone largely unreported, but U.S. officials familiar with the research told Reuters there are multiple classified programs now under way to explore how to develop AI-driven systems to better protect the United States against a potential nuclear missile strike.

If successful, such computer systems would be able to think for themselves, scouring huge amounts of data, including satellite imagery, with a speed and accuracy beyond the capability of humans, to look for signs of preparations for a missile launch.

“What AI and machine learning allows you to do is find the needle in the haystack,” said Bob Work, a champion of AI technology who was deputy defense secretary until last July, without referring to any individual projects.

Both supporters and critics of using AI to hunt missiles agree that it carries major risks. It could accelerate decision-making in a nuclear crisis. It could increase the chances of computer-generated errors. It might also provoke an AI arms race with Russia and China that could upset the global nuclear balance.

Read the full story at Reuters. 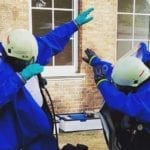 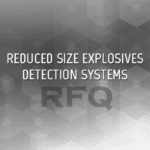