The University of Houston will now serve as the lead institution for a new Department of Homeland Security Center of Excellence (COE) for Borders, Trade and Immigration Research.

The announcement this week by the DHS Science and Technology Directorate (S&T) stated an initial $3.4 million grant will fund operations for the Center’s first year.

S&T selected the University of Houston through an open call for proposals and a rigorous competitive process.

The Center for Borders, Trade and Immigration Research will collaborate with DHS S&T, DHS operational components, other government agencies, private sector partners, first responder agencies, and other COEs to help the United States address challenges to border security, trade and immigration mission goals. The Center will also contribute toward the education of both university students and professionals who work in the realm of border security, trade and immigration.

“We are excited that the University of Houston will join our family of Centers to provide innovative solutions across these extremely important mission areas in the Department,” said S&T’s Office of University Programs (OUP) Director Matthew Clark, Ph.D., which manages the COE system. 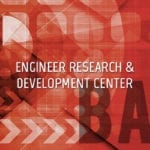