Britain’s Trident, and the Need to Support Nuclear Personnel

Nuclear weapons have a people problem. In May a 25-year-old submariner in Great Britain’s Royal Navy, able seaman William McNeilly, published an 18-page statement online that listed dozens of safety and security risks he observed in his time working on the HMS Victorious from January to April 2015. Bulletin of the Atomic Scientists >>

To accelerate the development of new infectious disease forecasting methods, the Defense Advanced Research Projects Agency (DARPA) last year launched its CHIKV Challenge competition. Thirty-eight teams from around the world vied to develop the most accurate predictions of CHIKV cases for all Western Hemisphere countries and territories between Sept. 2014 and March 2015. Global Biodefense >>

908 Make It Over the NGCD Hurdle

NGCD is the only chemical detection program in town. The scale of the US DoD, in terms of numbers of agents detected, types of agent, scale of buy is massive – it will set the trend for all other procurement projects. CBRNe World >>

Two serious technical flaws have been identified in the ground-launched anti-missile interceptors that the United States would rely on to defend against a nuclear attack by North Korea. Pentagon officials were informed of the problems as recently as last summer but decided to postpone corrective action. They told federal auditors that acting immediately to fix the defects would interfere with the production of new interceptors and slow a planned expansion of the nation’s homeland missile defense system, according to a new report by the Government Accountability Office. Stars and Stripes >>

Japan Defense Race – What Does It Mean For CBRN?

Recently, Japan is taking an active role to expand its military strength, especially since Mr. Shinzo Abe became a Prime Minister for the second time. The expansion is primarily prompted by the increase of military influence by China in the South China Sea and East China Sea., where both sides claim that the Senkaku Islands are an integral part of their territory. CBRNe Portal >>

The 2015 National Preparedness Report (NPR) is the fourth installment and focuses on the achievements and activities of 2014. Along with reflection on the previous year, the 2015 NPR focuses on the implementation of “National Planning Frameworks across the Prevention, Protection, Mitigation, Response, and Recovery mission areas.” HSDL >>

An international seminar on the oral history of the Nunn-Lugar weapons of mass reduction decommissioning program launched in Astana on June 1 with statements from Russian, American and Kazakh diplomats and participants in Nunn-Lugar supported operations. The conference will continue in a closed format over the next three days. Astana Times >>

Nuclear power is uniquely placed to support the socio-economic development of any country thanks to a combination of advantages over other fuels that goes beyond the supply of electricity, industry leaders agreed yesterday. Ten of the nuclear sector’s prominent decision-makers spoke at the plenary session on the first day of the VII Atomexpo conference and exhibition being held in Moscow this week. World Nuclear News >>

The US homeland security secretary, Jeh Johnson, has ordered improved security at airports and reassigned the top Transportation Security Administration official to another role after reports that screenings failed to detect mock explosives and weapons in 95% of tests carried out by undercover agents. The Guardian >>

How Can We Push for Tighter Security for Nuclear Weapons?

The alleged security failings in the UK Trident submarine program exposed by a Royal Navy whistleblower William McNeilly on 17 May bring into focus the issue of security gaps and vulnerabilities of military nuclear programs. When we learn about nuclear security lapses regarding these programs, it is usually due to untoward incidents or whistleblowing. World Economic Forum >>

Tweets regarding the Ebola outbreak in West Africa last summer reached more than 60 million people in the three days prior to official outbreak announcements, according to a study published in the June issue of the American Journal of Infection Control. Global Biodefense >>

5 Robots That May Rescue You from Natural Disasters

When a powerful earthquake in March 2011 triggered a tsunami that devastated Japan’s Fukushima-Daiichi nuclear plant and raised radiation to alarming levels, authorities contemplated sending in robots first to inspect the facility, assess the damage and fix problems where possible. But the robots could not live up to the task and eventually, humans had to complete most of the hazardous work. Emergency Management >> 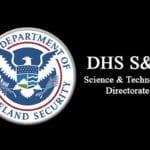 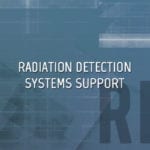