The Defense Advanced Research Projects Agency (DARPA) has detailed the compelling factors in awarding a contract in 2016  to Proportional Technologies, Inc. (PTI) of Houston, Texas for the production of large area neutron detectors (LANDs).

In order for the SIGMA prototype system to be further developed and tested at the city-scale level, hundreds of large form factor detectors are required. 200 LAND units will be delivered at a price of $5,000.00 per unit, which is the BAA target price for the detectors.

The PTI LANDs are expected to reliably function in typical operating environments found outdoors or within vehicles including mechanical vibration, shock, and in the presence of radio frequency fields.

Three performers with varying technical approaches to LANDs were selected from DARPA-BAA-14-11 for SIGMA Phase 1, including PTI. Each performer created prototypes with different valuable attributes. However, PTI was selected for a number of reasons including being the only performer to meet and exceed the price and performance metrics. PTI also obtained the best performance during independent testing of all three performers’ prototypes.

In addition, PTI was the only performer to have a prototype deployed in a SIGMA system pilot. PTI detectors were fully integrated into the SIGMA system and operated reliably in cold winter conditions for over a month.

DARPA further notes that PTI has developed the manufacturing capacity to produce LAND units at the required volumes and production rates by moving to a new facility, acquiring new equipment, and performing substantial upgrades to existing equipment.

PTI will begin to deliver the units no later than December 1, 2016. The period of performance under this effort will be fourteen months in total. 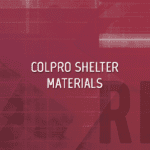 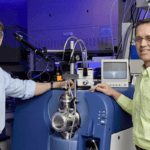