At a number of closed nuclear plants around the country, spent nuclear fuel assemblies remain in limbo due to the Nuclear Waste Policy Act of 1982. That year, in its infinite wisdom, the US Congress enacted a law saying that “the generators and owners of high-level radioactive waste and spent nuclear fuel have the primary responsibility to provide for, and the responsibility to pay the costs of, the interim storage of such waste and spent fuel until such waste and spent fuel is accepted by the Secretary of Energy in accordance with the provisions of this Act.”

In other words, the power plant owner has to hang on to the waste until the Energy Department agrees to accept it. The problem is that the Energy Department won’t accept it, because it has never arrived at an acceptable political solution for dealing with used nuclear fuel. Back in the late eighties, Congress designated Yucca Mountain in Nevada as the nation’s nuclear waste repository, but it has been the subject of political battles ever since, leaving the United States with no place for long-term disposal of nuclear waste.

Other countries have dealt with this problem. France reprocesses used nuclear fuel rods, extracting usable uranium and plutonium and immobilizing the leftover radioactive waste in hunks of glass. Finland has created the Onkalo repository for disposal in metal canisters deep underground. But since the US Energy Department doesn’t have a plan for nuclear waste, it is destined to sit at these sites for years, if not decades.

Read more by Jeff Terry at Bulletin of the Atomic Scientists 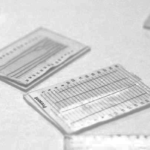 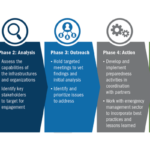