The U.S. and the European Union announced coordinated sanctions on Russia Tuesday for the poisoning of Russian opposition leader Alexei Navalny and his arrest and detention that followed.

The Biden administration sanctioned seven mid-level and senior Russian officials, along with more than a dozen businesses and other entities.

Today’s action “was not meant to be a silver bullet or an end date to what has been a difficult relationship with Russia,” White House press secretary Jen Psaki said. “We expect the relationship to continue to be a challenge. We’re prepared for that.”

The Biden administration announced sanctions under the U.S. Chemical and Biological Weapons Control and Warfare Elimination Act for businesses and other enterprises, most of which it said were involved in the production of biological and chemical agents.

Long a target in Russian government attempts to shut down dissent, Navalny has repeatedly appealed to the West to start targeting the most powerful business and financial oligarchs of his country, saying only then would Russian leaders take international sanctions seriously.

The United States acted in concert with the European Union, which imposed largely symbolic sanctions on four senior Russian officials close to Putin, a move agreed by EU ministers last week in response to Navalny’s jailing.

The EU sanctions apply to Alexander Bastrykin, whose Investigative Committee handles major criminal probes and reports to Putin; Viktor Zolotov, head of Russia’s National Guard; as well as to Krasnov and Kalashnikov.

The EU sanctions fall short of calls by Navalny’s supporters to punish wealthy businessmen around Putin who travel to the EU. 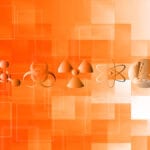 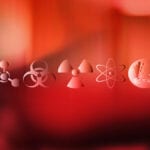