With increasing numbers of incidents, the use of chemical weapons (CW) has become a growing international concern two decades after the international community decided to ban them under the 1997 Chemical Weapons Convention.

Syrian government forces have used the nerve agent sarin and chlorine bombs dozens of times since 2013 in that country’s civil war. The Islamic State used mustard gas in northern Iraq in 2015 and 2016. North Korean agents used the nerve agent VX to assassinate Kim Jong Nam, the half-brother of the North Korean leader, at the Kuala Lumpur International Airport in February Russian agents used the Soviet-developed “Novichok”-class nerve agent in an attempted assassination of a former Russian spy Sergei Skripal in the United Kingdom in March 2018. Russian opposition figure Alexei Navalny survived an August 2020 “Novichok”-class nerve agent poisoning, also likely perpetrated by Russian intelligence agents, according to the State Department. Prior to the Syrian civil war, there had been no major recent use of chemical weapons since the 1995 terror attack by the Aum Shinrikyo in Tokyo and by Iraq in the 1980s during its war with Iran. Some argue that the lack of accountability for such incidents undermines the international norm against chemical weapons. 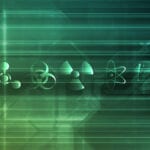 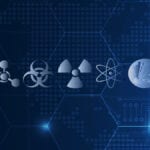