Hair samples from the victim are mounted on slides for analysis by mass spectrometry. Credit: Faye Levine

In 1994, Chinese university student Zhu Ling began experiencing stomach pain, hair loss and partial paralysis. By the time doctors diagnosed Ling with thallium poisoning about four months later, she was in a coma.

Ling survived, but she suffered permanent neurological damage. A police investigation determined that Ling was intentionally poisoned, but the case remains unsolved.

Two decades after the poisoning, an associate of Ling’s family asked Richard Ash, an associate research scientist in the University of Maryland’s Department of Geology, to analyze several of Ling’s hairs collected in 1994 and 1995 to establish a timeline of her poisoning. Although Ash specializes in analyzing geological samples, he frequently helps a variety of researchers by analyzing trace elements in samples using mass spectrometry, a technique that can measure elements at the parts per billion level.

In October 2018, Ash published the results in the journal Forensic Science International, revealing for the first time that the victim had been exposed to multiple doses of thallium over a long period of time.

“To my knowledge, this is the first use of mass spectrometry to reconstitute the timeline of a prolonged case of intentional heavy metal poisoning,” Ash said. “The analysis showed that the victim was poisoned in many doses that increased in frequency and concentration over time.”

Mass spectrometry makes finding even low concentrations of thallium in hair easy, but measuring the amount of thallium in a hair sample is challenging. Other laboratories turned away Min He, the Ling family associate and Ash’s co-author of the study, because there was no established method for this type of analysis.

“Mass spectrometry is not good at measuring concentrations,” Ash said. “To do that, you need an established standard reference material to compare your sample against. And there are no such standards suitable for measuring thallium concentrations directly from a strand of hair.”

Ash made his own standard using a standard reference material made out of orchard leaves, which was developed by the National Institute of Standards and Technology (NIST) to measure certain elements in biological samples. Ash added known quantities of thallium to the NIST material to create a new set of standards that allowed him to determine how much thallium was in the victim’s hair.

“To be honest, I was surprised that the new standard worked so well,” Ash said. “Developing my own standard was a shot in the dark, but it paid off.” Next, Ash took advantage of the fact that human hair grows–and incorporates chemicals from the body–at a constant rate. Because of this characteristic, measuring the distribution of certain metals along a hair’s length is an established method to determine the timing and dosage of a person’s exposure to the metal.

To measure thallium in the victim’s hair, Ash scanned the length of the hair with an ultraviolet laser. The laser’s energy converted the outermost layer of the hair into tiny particles. Ash then used a mass spectrometer to analyze the particles for thallium. Using the growth rate of hair and the scanning speed of the laser, Ash converted his measurements into a timeline of thallium ingestion. Ash used this technique to analyze several of the victim’s hairs, which were collected at different times in 1994 and 1995. One hair that began growing when Ling was asymptomatic revealed about four months of sporadic exposure to thallium, with increasing dosage and frequency until the hair fell out around December 1994. A second hair, which fell out around March 1995, showed about two weeks of constant ingestion of large doses of thallium.

Ash also discovered a large spike in thallium concentration in the first hair that corresponded to a brief period when Ling experienced vision loss but no gastrointestinal symptoms. As the study noted, this finding suggests that the victim might have been poisoned via eye contact at first, but later on, she was poisoned via oral ingestion.

By publishing his method and findings, Ash hopes that his work can help with heavy metal poisoning investigations in the future–and maybe even the decades-old case that introduced him to this research area in the first place.

“I hope that the new information our work has provided may one day lead to the perpetrator being brought to justice and Zhu Ling’s family gaining some solace from seeing that,” Ash said. 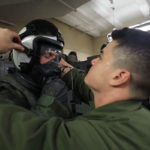 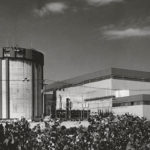