Airmen prepare for search and rescue scenarios during a Collective Training Exercise at Kalaeloa, Hawaii,

This was the first CTE for the HIANG medical unit since being officially stood up in November 2015.

“The standing up of the new unit is part of the Air National Guard Surgeon General initiative to refit the homeland defense mission it undertook in response to the global war on terrorism.” said U.S. Air Force Lt. Col. James Faumuina, Det 1 HQ 154 MDG interim commander. “17 teams throughout the country were originally dual tasked with the CERF-P medical mission.”

Under that dual tasking, the CERF-P medical mission in Hawaii was originally carried out by the HIANG’s 154th Medical Group; in addition to the CERF-P mission it was tasked with supporting more than 2500 HIANG members and ensuring that its more than 400 flying class personnel remain medically current.

“It became evident that to conduct this mission it cannot be a dual tasking and it has to be dedicated with 24/7 response capabilities.” said Faumuina.

Core functions of the new unit are to provide search and rescue medical response, trauma treatment, and incident triage support. Many of the Guardsmen in the new unit come from civilian medical or first responder professions.

“As it turns out having a Defense Support to Civilian Authority mission like CERF-P requires the military members to have mirror civilian responder qualifications” said Faumuina.

Airman First Class Jonathan Rodriguez assigned to Det 1 HQ 154 MDG search and rescue, a federal fire fighter on the civilian side said the exercise was a good way to improve his skills sets for use in both military and civilian sides of the spectrum.

“It fit right up my alley as far as my profession on the civilian side.” Rodriguez said. “It’s going to better enhance my future on my civilian sector and enhance what I’m able to bring to the HIANG team.”

For Faumuina, the exercise was also an excellent way for his Airmen to experience working in a joint environment. 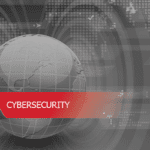 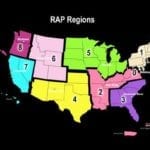