The head of France’s nuclear watchdog has upset the industry by taking an increasingly assertive approach that critics say could jeopardise efforts to win more business overseas. The tensions at the top of a key French industry bring into focus the role of the ASN, an independent body set up in 2006, whose decisions can cost nuclear companies billions of euros. Reuters >>

5 Questions with Rep. Randy Forbes on Subs and Nukes

“Almost everyone agrees that the Ohio Replacement Program is critically needed to sustain our nuclear deterrent. But on its current trajectory, the cost of that program threatens to consume roughly 30% of the entire shipbuilding budget in the decades to come, placing an unacceptable strain on the already stretched shipbuilding account.” War on the Rocks >>

In First, a Woman Will Run U.S. Nuclear Weapons Laboratory

Engineer Jill Hruby was named director of the Sandia National Laboratories on Monday, becoming the first woman to head one of three U.S. government labs charged with developing and maintaining the country’s nuclear arsenal. The 32-year veteran of the Albuquerque, New Mexico–based labs has overseen a wide range of research there, including studies focused on nuclear weapons and solar power. Science Insider >>

The chemical gas leak on the night of December 2, 1984, and in the early hours of December 3, 1984, at the Union Carbide factory in Bhopal in the state of Madhya Pradesh, India provides valuable lessons on the need to strengthen disaster preparedness, risk reduction, preventive maintenance, and emergency response capacities among various stakeholder groups. Banyan Analytics >>

Still dealing with the huge clean up after the Fukushima crisis and debating its future use of atomic energy, Japan now faces another nuclear conundrum – what to do with 16 tons of its plutonium sitting in France after being reprocessed there. Yahoo News UK >>

The new interactive online tool is designed to aid community health agencies and emergency management officials in disaster preparedness, and is focused on meeting the emergency needs of community residents who rely on electrically powered medical and assistive equipment to live independently at home. Global Biodefense >>

Iran’s Supreme Leader Ayatollah Ali Khamenei on Tuesday ruled out freezing sensitive nuclear work in the country for a long time and said sanctions imposed on it should be lifted as soon it reaches a final deal with major powers, state TV reported. Reuters >>

U.S. Military Wants to Blow Up Landmines with Lasers

The laser on the Recovery of Airbase Denied by Ordinance (RADBO) system will draw from two alternators providing a combined 1,100 amps of power. With that, it can detonate explosives from almost 1,000 feet away, the occupants inside the Mine-Resistant Ambush Protected vehicles (MRAP) protected from any ensuing blast. Popular Science >>

Homegrown Extremists Tied to Deadlier Toll Than Jihadists in U.S. Since 9/11

In the 14 years since Al Qaeda carried out attacks on New York and the Pentagon, extremists have regularly executed smaller lethal assaults in the United States, explaining their motives in online manifestoes or social media rants. Since Sept. 11, 2001, nearly twice as many people have been killed by white supremacists, antigovernment fanatics and other non-Muslim extremists than by radical Muslims. NY Times >>

A Rare Bipartisan Consensus on the Iran Nuclear Negotiations

Since the Lausanne political framework was reached, senior Iranian officials, including Supreme Leader Khamenei, have staked out public positions that contradict and appear to backtrack on solutions already accepted by Iranian negotiators. Brookings >>

In January of this year, a Kentucky National Guard CERFP disaster-response unit successfully completed four days of training and evaluation at Camp Blanding. The joint Kentucky Army and Air Guard CERFP demonstrated to training evaluators that the unit is fully mission-capable. More than 200 Kentucky Army and Air National Guard members participated in the exercise. The evaluation team was made up of Army and Air Guard members from around the US with expert knowledge in each area of CERFP operations. Clay Today >>

Why Is the United States Letting Its Best Foreign Aid Tool Fall Apart?

As America is blowing billions by using its military as a one-size-fits-all solution for emergencies around the world, USAID is understaffed, underfunded, and on the cusp of crisis. Over the last two decades, about one-third of USAID’s professional staff, according to the U.S Global Leadership Coalition, has gone away, leaving it more or less a contracting office for NGOs. Foreign Policy >>

The ReEBOV test, which needs only a fingerprick of blood and gives results in about 15 minutes, was granted Emergency Use Authorization by the World Health Organization (WHO) in February, based on laboratory assessments. Now, data collected from ReEBOV’s use on the ground in Africa have added further evidence of its accuracy. Science >> 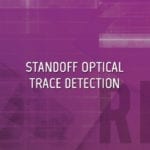 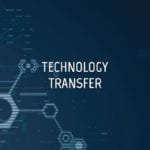