Watch the CBRN ATSO Rodeo at Edwards Air Force Base

In Pictures: CS Tablets on the Tasting Menu for Kilo Company Recruits 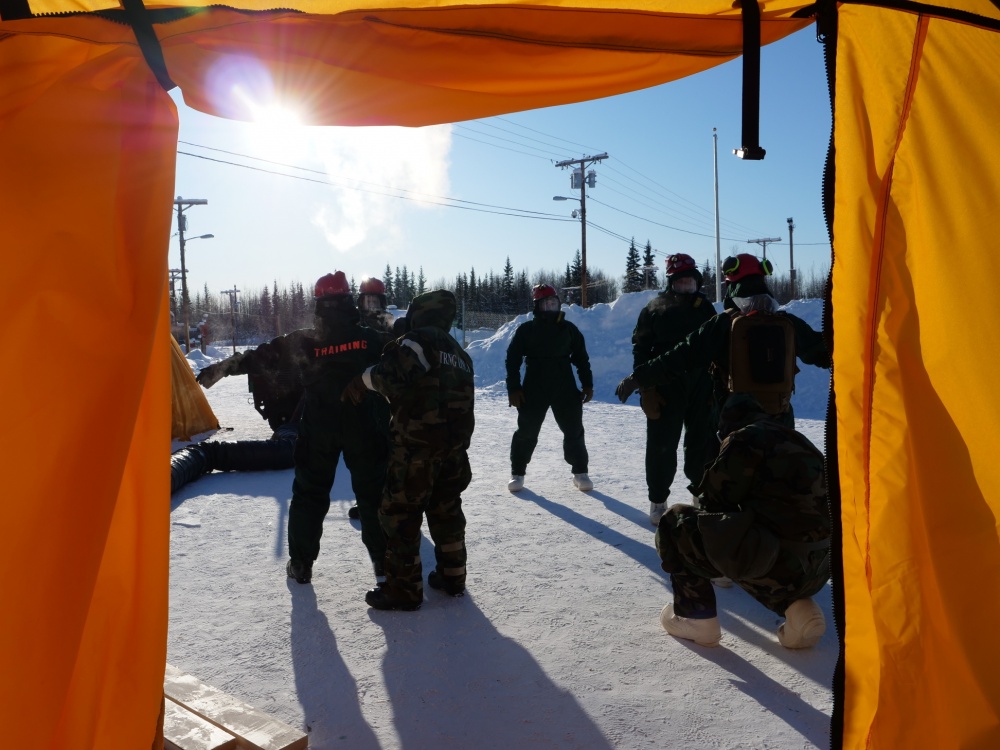 Indiana National Guard 19th CBRNE Enhanced Response Force Package wrapped up their portion of Arctic Eagle 2020 in Alaska. The exercise brought together Air and Army Guardsmen from 15 states to work alongside national, state, and local agencies from Feb. 20 to March 7.

“In this environment, the training really got our team talking and thinking about different ways to approach our current mission,” said Sgt. Cory Seifer, the noncommissioned officer in charge of the reconnaissance squad with the 19th CERFP. “We don’t always think about what would happen if we were called to support disasters in arctic conditions, and now we have that realistic experience to take back to our unit.”

In 2004, Congress authorized the activation of 12 National Guard CERFPs. Congress increased the authorization 17 strategically located CERFPs throughout the United States. All 17 are aligned within their corresponding FEMA Regions.

“We are part of FEMA Region V, so it is not unrealistic that we would need to operate in this type of environment,” said Sgt. Sara McMahon, the noncommissioned officer in charge of breach and break with the 19th CERFP. “This exercise was a way for us to learn more about our equipment capabilities, specifically what would and wouldn’t work in constant below freezing temperatures.”

The CERFP’s mission is to assist civil authorities with appropriate requests for state support during a domestic incident by providing incident site search of collapsed buildings and structures, conducting rescue tasks to extract trapped casualties, providing mass decontamination, performing medical triage and stabilization for patient transport, and recovery of incident fatalities. These missions are supported by a command and control section and organic communication capabilities.

The testing and validation of equipment is crucial to the success of the National Guard missions, both domestic and foreign. In an effort to ensure collaboration and realistic training, the exercise forced participants to break out of their original teams and conduct missions with all new members. This ensured everyone had maximum exposure to their counterparts both federal and civilian.

“Our mission here was to conduct search and extraction procedures,” said Cpl. Shelbylynn Hulse, the bravo team leader assigned to the 19th CERFP. “We were able to do that and more. My favorite part was being exposed to the working dogs. Learning how to act around them and complete our mission was fun.”

The teams were comprised of FEMA Task Force One from Utah, active duty Marines and National Guard members. This type of training is vital, during a real-world disaster the CERFP is designed to support the local incident commander and emergency first responders.

Even though the search and extraction element was the only component to participate in this exercise, the 19th CERFP consists of 203 highly skilled Army and Air National Guard members who are federally resourced, trained and evaluated. From the time of notification, the CERFP advanced team will deploy within three hours and the main body will deploy within six hours.

This article courtesy of the 120th Public Affairs Detachment via DVIDS, edited for context and format by CBRNE Central. Appearance on this site does not constitute endorsement by the U.S. military.