Nuke Watchdog Under Pressure to Give Iran Passing Grade

Enforcing President Obama’s nuclear deal with Iran will greatly expand the work of the U.N.’s nuclear watchdog and put it in a political spotlight that rivals, if not exceeds, the run-up to the 2003 U.S. invasion of Iraq. Washington Examiner >>

The longer a wounded victim on a scene of a crime must wait for medical treatment, the lower the likelihood of that victim’s survival. Medical personal, however, must wait until the police secure the scene before they are allowed to approach the wounded. More and more EMS units now carry Kevlar helmets and bullet-proof vests with them so they can rush to help the wounded even if the crime scene is not completely secured. HSNW >>

Detection of a new case of Ebola virus disease in Kambia, Sierra Leone after the country had marked almost three weeks of zero cases has set in motion the first ‘ring vaccination’ use of the experimental Ebola vaccine in Sierra Leone, reports the World Health Organization (WHO). Global Biodefense >>

South Boston residents can expect increased police activity Tuesday morning as public safety and transportation agencies carry out chemical incident drills. The exercise will train authorities on how to respond if there is a chemical release in a subway station. Agencies including the MBTA, along with Boston police, fire, and Emergency Medical Services will participate. Boston Globe >>

The International Atomic Energy Agency has signed a deal with Kazakhstan, a former member of the Soviet Union. It will open the first internationally-run bank for low-enriched uranium, the fuel for nuclear power plants. Carnegie’s James Acton talked to KCRW about the deal. Carnegie Endowment >>

Amid concerns about the potential of a laboratory insider unleashing a deadly bioterror pathogen on the public, President Obama ordered greater scrutiny of workers with access to the riskiest microbes five years ago. The goal of the resulting regulations was to prevent something like the 2001 anthrax letter attacks — or worse — from happening again. USA Today >>

A package of radioactive material that was supposed to be delivered to an on-campus office at Texas A&M University has gone missing, CBS affiliate KBTX reports. CBS News >>

A group of nearly 200 retired generals and admirals sent a letter to Congress on Wednesday urging lawmakers to reject the Iran nuclear agreement, which they say threatens national security. The letter is the latest in a blizzard of missives petitioning Congress either to support or oppose the agreement with Iran. Washington Post >>

Physicians May Overestimate Ability to Assess Risk of Ebola

Survey results show that while most primary care physicians expressed confidence in their ability to identify potential cases of Ebola and communicate Ebola risks to their patients, only 50 to 70 percent of them gave answers that fit with CDC guidelines when asked how they would care for hypothetical patients who might have been exposed to Ebola. Global Biodefense >>

Despite the potential for terrorist attacks involving explosives to cause exceptionally high numbers of casualties, in general, attacks involving firearms were more likely to be lethal, according to a new background report by the National Consortium for the Study of Terrorism and Responses to Terrorism (START). START researchers examined the use of firearms in terrorist attacks in the United States and abroad. HSNW >>

Pointe Coupee Parish is arming itself with military-grade technology that will give its local emergency response teams the ability to detect hazardous chemical threats even before many state agencies. That protection is being made possible through the installation of a $300,000 chemical security network being integrated into the parish’s recently upgraded 911 system. Government Security News >>

Game Changers: How the Next Generation Can Tackle the Nuclear Weapons Problem

Millennials will inherit large stockpiles of nuclear weapons, and those of us who are starting careers as policymakers, public servants, and politicians will have to decide what to do with them. Yet for most of us, questions about nuclear non-proliferation and disarmament are background noise. Bulletin of the Atomic Scientists >>

Doctors and activists accuse jihadist group of chemical attack in strategically important town of Marea, north of Aleppo. Some 20 casualties were reportedly left with breathing difficulties and angry blisters. A field researcher with the Syrian Network for Human Rights said the shells oozed black liquid, leaving an “awful” smell. The Telegraph >>

Within two years, Rui Hai International Logistics had built a reputation as the go-to place for businesses looking to ship hazardous materials to customers abroad, a niche market that had been dominated by sluggish state enterprises. NY Times >> 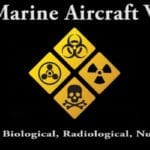