The Institute for Infectious Animal Diseases (IIAD) app offers an easy-to-use, touch-screen toolbox of capabilities for veterinary practitioners, allowing them to submit electronic animal health certificates from the field, or store that information within the application for forwarding when data connectivity becomes available. Global Biodefense >>

This is What Radiation Can Do to the Human Body

When he first arrived at the University of Tokyo Hospital Emergency Room, 35-year-old Hiroshi Ouchi appeared relatively well for someone that had just been subjected to mind blowing levels of radiation, and was even able to converse with doctors. That is, until his skin started falling off. As the radiation in his body began to break down the chromosomes within his cells, Ouchi’s condition worsened. IFL Science >>

A North Korean scientist who was involved in the regime’s biological and chemical weapons programs has defected to Finland, apparently with evidence of tests carried out on human subjects. The researcher was based at a microbiology research center in Ganggye, close to the Chinese border, but defected on June 6. The Telegraph >>

Is it Time to Rethink Emergency Service Delivery?

While firefighters’ working realities have changed, their government structures and protocols remain. It’s arguably the best known, least acknowledged and most inconvenient truth in local government: “Fire departments” — in the precise meaning of that label — no longer exist anywhere in America. Emergency Management >>

Special Ops a Cut Above the Rest with New Tool

Air Force SBIR/STTR is providing transition funding that will give SOF personnel, law enforcement and first responders a small, hand-held thermal erosive cutting torch. Other applications for the device include a version for miniature robots and for remote cutting operations for the oil exploration or production industry,” Johnson added. Armed with Science >>

WHO Response to the Ebola Interim Assessment Panel Report

The Ebola outbreak highlighted the separation between systems for responding to health emergencies and systems for humanitarian response, and WHO agrees they must be better integrated for future emergency responses. This includes considering ways to coordinate the grading of its humanitarian emergencies with the grading of declarations of health emergencies under the International Health Regulations. World Health Organization >>

Space Particles are Helping Map the Inside of Fukushima

A group of scientists at Los Alamos National Lab have figured out how to see through just about anything—including the radioactive disaster zone inside the Fukushima reactor core—using subatomic particles from outer space. Wired >>

In September 2007 Israel destroyed the Al Kibar nuclear reactor in north-east Syria, which the Assad regime was building with the aid of North Korea. It is now under the control of ISIS, which is apparently dismantling and possibly conducting excavation activities at the site. HSNW >>

U.N. Nuclear Chief Is Optimistic About Iranian Cooperation on Review

The head of the International Atomic Energy Agency said on Saturday that, with Iranian cooperation, his agency could complete an assessment on Iran’s suspected past nuclear work by December, potentially removing a major obstacle to a nuclear agreement. NY Times >>

This week’s acrylonitrile train accident in Blount County, TN pointed out one of the key reasons that hospitals will play a key role in emergency planning activities involving chemical accidents. One of the byproducts of heating or partially burning acrylonitrile is hydrogen cyanide gas, a severe toxic inhalation chemical. Most emergency rooms are not equipped to handle hydrogen cyanide mass casualty events. Chemical Facility Security News >>

What Do Iranian-Americans Think of the Nuclear Deal?

“Most of us came here as exiles or refugees fleeing religious or political persecution. We have spent the last three and a half decades with one foot in Iran and the other in the United States, living somewhat schizophrenic lives, like children of divorced parents who loathe each other.” NY Times >>

New DHS Centers of Excellence to Focus on Coastal Resilience, Infrastructure and Borders

Thieves were able to penetrate a French military base in the south of France and escape with bomb-making materiel, despite heightened security in the wake of a terrorist attack at a gas and chemical factory last month. NY Times >> 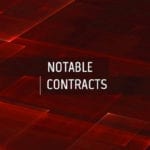 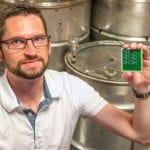