The U.S. Department of the Treasury’s Office of Foreign Assets Control (OFAC) today announced the scope of punitive actions against the Government of Syria in response to investigatory findings that the Syrian regime used industrial chlorine as a weapon against its own people.

In reports issued in August and October 2016, the Organization for the Prohibition of Chemical Weapons (OPCW) – United Nations (UN) Joint Investigative Mechanism (JIM) – established by the UN Security Council to investigate incidents of already-confirmed chemical weapon attacks – found that the Syrian government, specifically the Syrian Arab Air Force, was responsible for three chlorine gas attacks in Talmenes on April 21, 2014, and in Qmenas and Sarmin on March 16, 2015.

In response to the reports’ findings, OFAC is for the first time sanctioning Syrian military officials in connection with the Syrian regime’s use of chemical weapons.

“The Syrian regime’s use of chemical weapons against its own people is a heinous act that violates the longstanding global norm against the production and use of chemical weapons,” said Adam J. Szubin, Acting Under Secretary for Terrorism and Financial Intelligence. “Today’s action is a critical part of the international community’s effort to hold the Syrian regime accountable for violating the Chemical Weapons Convention (CWC) and UN Security Council Resolution 2118.”

As a result of today’s action, any property or interest in property of the identified persons in the possession or control of U.S. persons or within the United States must be blocked.  Additionally, transactions by U.S. persons involving these persons are generally prohibited.

E.O. 13572 Designations:  OFAC is designating five individuals for being senior officials of Syrian Air Force Intelligence (SAFI), Syrian Military Intelligence (SMI), or the Syrian Political Security Directorate (PSD).  These designations are being made pursuant to E.O. 13572, which targets certain persons with respect to human rights abuses in Syria.  OFAC previously designated SAFI, SMI, and PSD in 2011, all pursuant to E.O. 13572.

E.O. 13573 Designations:  OFAC is designating five individuals pursuant to E.O. 13573 for being senior officials of the Government of Syria.

E.O. 13582 Designation:  OFAC is designating Major General Rafiq Shihadah, a former head of SMI who remains in military service, for materially assisting, sponsoring, or providing financial, material, or technological support for, or goods or services in support of, the Government of Syria, pursuant to E.O. 13582, which targets the Government of Syria.

As part of today’s action, OFAC is also designating several officials of the Scientific Studies and Research Center (SSRC) pursuant to E.O.13382, which targets proliferators of weapons of mass destruction and their supporters.  The SSRC is the Syrian government agency responsible for developing and producing non-conventional weapons and the means to deliver them and was named in the annex to E.O. 13382.

OFAC is also designating five additional SSRC officials, all of whom, like Abbas, have been linked to SSRC branches affiliated with chemical weapons logistics or research.  Brigadier General Ali Wanus, Brigadier General Samir Dabul, Colonel Zuhayr Haydar, Colonel Habib Hawrani, and Colonel Firas Ahmad are being designated pursuant to E.O. 13382 for acting or purporting to act for or on behalf of, directly or indirectly, the SSRC.

Organization for Technological Industries (OTI) and its Managing Director

The U.S. Department of State is also designating today the Organization for Technological Industries (OTI) pursuant to E.O. 13382.  As part of today’s action, OFAC is designating Bayan Bitar, the Managing Director of OTI, for acting or purporting to act for or on behalf of, directly or indirectly, OTI.  OTI is a subsidiary of the Syrian Ministry of Defense that assists in the production of chemical weapons.

The OFAC administers and enforces economic and trade sanctions based on US foreign policy and national security goals against targeted foreign countries and regimes, terrorists, international narcotics traffickers, those engaged in activities related to the proliferation of weapons of mass destruction, and other threats to the national security, foreign policy or economy of the United States.

OFAC acts under Presidential national emergency powers, as well as authority granted by specific legislation, to impose controls on transactions and freeze assets under US jurisdiction. Many of the sanctions are based on United Nations and other international mandates, are multilateral in scope, and involve close cooperation with allied governments. 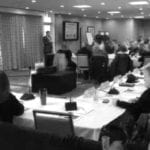