Gerald Parker, D.V.M., Ph.D., vice president for public health preparedness and response at Texas A&M Health Science Center will serve as the keynote speaker on February 10 at an international symposium to commemorate the establishment of the Biodefense Research Institute (BDRI) at Korea University.

A result of increasing concern of global biothreats, the BDRI will support military and civilian biodefense preparedness efforts along the Korean Peninsula through collaborative research programs.

Parker will speak to those in attendance – including Korean and U.S. national biodefense experts – about bioterrorism and the growing threat of emerging infectious diseases, exploring lessons learned from the 2001 Anthrax attacks and recent Ebola outbreak in Texas. Parker served as deputy director of the Texas Task Force on Infectious Disease Preparedness and Response during the 2014 Ebola outbreak.

“This is a major commitment for Korea University to designate both resources and people to work together in the fight against bioterrorism,” Parker said. “The Biodefense Research Institute will create a solid, scientific foundation – bedded in academia – to explore Korea’s infectious disease and biodefense efforts.”

The visit will culminate with an official signing of a Memorandum of Understanding between Texas A&M Health Science Center and Korea University, establishing a collaborative partnership between the two institutions with an end-goal of developing joint research and exchange activities aimed at strengthening global biosecurity and preparedness.

“As a result of today’s global connectivity, an epidemic anywhere poses a risk everywhere and collaborations such as this hold incredible potential for the future of public health preparedness and response at the global level,” Parker said. “Working together, colleagues from both Texas A&M and Korea University can spur new innovations to address some of the toughest challenges facing biosecurity and public health preparedness, including newly emerging infectious diseases.”

As a 35-year veteran of federal public service, including nine years as a senior executive at the Department of Homeland Security, Department of Health and Human Services, and the Department of Defense, Parker has developed a number of professional relationships with public health and national security staff throughout Korea. In addition to his keynote address, Parker will also visit with officials and colleagues in the Ministry of Health & Welfare, Republic of Korea Armed Forces Medical Command, and U.S. Forces Command Surgeon and staff during his stay in Korea. 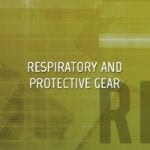