Research and development is a key aspect in determining where the military services want to go, what they feel is important to their specific branch, and what they see as the particular threats they face. Whether they’ll get everything they’ve asked for is another story, of course, but here is a rundown of the R&D priorities of each branch from the 2016 Defense budget request. Defense Systems >>

The U.S. Transportation Command has rolled out a new capability that will allow the Defense Department to use air transport to move multiple patients with highly infectious diseases. The new Transport Isolation System (TIS) has reached initial operational capability, and crews are trained and ready to deploy anywhere in the world in response to a biological event. Global Biodefense >>

In 2013 U.S. railroads carried more than 400,000 car loads of crude oil, a sharp increase from the 9,500 they carried in 2008. Crude oil from North Dakota’s Bakken Shale region has fueled most of the surge, and this surge has increased the potential for rail accidents. HSNW >>

U.S. Customs and Border Protection (CBP) has begun a pilot program to train and equip officers with Naloxone, a potentially life-saving drug for the treatment of opioid overdoses. CBP officers participating in the pilot program receive training in the signs and symptoms of an overdose, how to administer Naloxone and CPR instructor certification. With the pilot currently underway, CBP becomes the first federal law enforcement agency to implement such a program. Government Security News >>

To implement goals laid out in the 2014 Quadrennial Homeland Security Review, the DHS released its Fiscal Years 2014-2018 Strategic Plan. The Strategic Plan builds on recommendations from the national review to address areas of improvements within DHS, describing the missions and goals of homeland security, the strategies we use to achieve those goals, and the ways in which we measure our success. HSDL >>

In Indiana, children can skip out on immunization requirements for medical or religious reasons. Religious exemptions are granted in all but five states—California, Louisiana, Minnesota, Mississippi and West Virginia—according to the data compiled by the Immunization Action Coalition, which is funded in part by the Centers for Disease Control & Prevention. Eighteen states grant exemptions for personal beliefs. Washington Post >>

Engility Holdings this week announced it has been awarded a $38 million contract to support the cloud-based Constellation Combating Weapons of Mass Destruction (WMD) Situational Awareness system. Constellation represents an interagency effort to develop a holistic and global capability to continuously assess WMD threats and identify opportunities to proactively counter those threats. Global Biodefense >>

When disaster strikes, it is important for responders and emergency officials to know what critical infrastructure has been damaged so they can direct supplies and resources accordingly. Researchers are developing a program that uses before-and-after aerial imagery to reveal infrastructure damage in a matter of minutes. HSNW >>

North Korea has stepped up its biological and chemical warfare exercises, carrying out at least a dozen large-scale drills in the last year, according to South Korean intelligence estimates. The increase in preparations for an attack with chemical or biological agents has been of sufficient concern for the US Air Force to issue its troops stationed in South Korea with protective equipment. The Telegraph >>

In a terrorism-related investigation that involved the FBI’s Joint Terrorism Task Force, Homeland Security Investigations, the U. S. Postal Inspection Service, , and police in St. Louis and St. Louis County, the U.S. Attorney’s Office has charged three St. Louis County residents, two New York residents, and one person from Illinois – all immigrated to the United States from Bosnia —with conspiring to provide material support and resources to terrorists and for providing material support to terrorists. HSNW >>

It took 16 years of twists and turns. Over and over, Dr. Nancy Sullivan thought she was close to an Ebola vaccine, only to see the next experiment fail. “A case of resuscitation more than once,” is how the National Institutes of Health researcher describes the journey. But it is those failures that Sullivan credits for finally leading her to a vaccine promising enough to test in parts of West Africa ravaged by Ebola. Yahoo News/AP >>

In releasing its proposed 2016 budget last week, the Obama administration offered an array of generous increases in infectious-disease (ID)-related programs, and seasoned them with a suggestion to unify federal food safety activities under one agency, a long-discussed idea that has never gained traction in Congress. CIDRAP >> 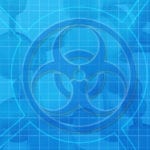 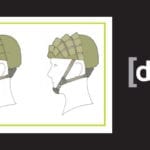