New reports have emerged from the Syrian civil war that banned chemical weapons are being used in Aleppo, a city on the edge of the last remaining rebel stronghold, Idlib province.

Since 2011, the war has been the deadliest conflict on the planet. Among the Assad regime’s most disturbing actions has been the repeated use of chemical weapons to subdue rebel-supported areas.

But Russia has blocked efforts by the U.N. Security Council to investigate Syria’s use of chemical weapons, to refer perpetrators to the International Criminal Court and to authorize countries to use force to prevent future chemical weapon attacks. Many observers believe this is payback for Syrian leader Bashar al-Assad allowing Russia to maintain the immense naval base of Tartus in Syria.

Then, in April 2018, the Trump administration, joined by the U.K. and France, fired 103 missiles at three Syrian chemical weapons production and storage facilities. That assault was launched after reports from Syria that more than 40 people were killed in a chemical weapons attack in rebel-held Douma.

The purpose of the airstrikes was to halt Syria’s continuing use of these deadly weapons. For a while, they did the trick.

Now, Syria is preparing for a major offensive in Idlib. The Trump administration warned in September 2018 that if chemical weapons are used again by the Syrian government, the U.S. would deliver a counterattack much more severe than the April 2018 airstrikes.

The conventional view is that use of force against another state is lawful only with U.N. Security Council approval, or in self-defense in response to an armed attack. Neither of these justifications is applicable to the present situation. Russia is preventing the Security Council from acting. And the U.S. isn’t under attack – Syria is using chemical weapons against its own people.

So were the U.S., French and U.K. strikes in April a violation of international law? Would a new attack now violate that law?

Having international law on the U.S. side can help enlist allies to the cause being championed by the U.S. In the case of Syria, it can result in greater pressure on Syria to forego chemical weapons in the future.

At an emergency session of the U.N. Security Council the day of the April 2018 airstrikes, the U.K. posed a third justification that would allow one country to use force against another. That exception: humanitarian intervention to prevent the use of chemical weapons against civilians.

At the same session, the U.S ambassador told the Security Council that the U.S acted in “lock step” and “in complete agreement” with the U.K., thereby adopting its legal rationale.

This was the first time in history that the U.S. and U.K. used the legal argument of humanitarian intervention to justify a use of force.

In the past, the two countries have said that actions to halt ethnic cleansing of Kosovar Albanians in Kosovo in 1999 and to save the Yazidis on Mount Sinjar in Iraq in 2014 were morally necessary but they declined to rely on a legal argument. They preferred to say the situations were sui generis, or without precedent.

The historic hesitancy to embrace a right of humanitarian intervention contributed to international paralysis when the Hutus of Rwanda slaughtered the Tutsis in 1994 and when the Serbs exterminated the Bosnian Muslims in Srebrenica in 1995.

The past hesitancy by the U.S and its allies to use the humanitarian intervention argument was due to their concerns that this justification could be easily abused, as a pretext for a land grab or regime change.

The U.S. protested when Russia used humanitarian intervention as a rationale for invading South Ossetia, Georgia in 2008 and Crimea in 2014.

But that hesitancy is now history.

In my 2013 book, “Customary International Law in Times of Fundamental Change,” I speculated that events unfolding in Syria might bring about a fundamental change in international law regarding humanitarian intervention. In newly published research, I demonstrate how the April 2018 airstrikes have done just that.

Customary international law changes when there is widespread state practice recognizing a new legal right. Examples include the creation of International Criminal Law after the Nuremberg trials in the 1940s, the recognition of the right to resources on the continental shelf in the 1950s, and the development of space law in the 1960s.

Two former State Department legal advisers, Harold Koh and John Bellinger, have said that the U.S. failure to articulate a legal argument for its past humanitarian interventions not only makes it harder for customary international law to form, but at the same time makes it easier for the precedent to be abused by other countries since its contours are left purposely ambiguous.

The April 2018 airstrikes, in contrast, were based on a clearly articulated legal rationale, and were widely supported by the international community.

Only Russia, Syria and a handful of their allies opposed the airstrikes. And Russia’s opposition was largely based on the argument that the Assad regime was not in fact behind the chemical weapons, an argument that has been debunked by evidence on the ground.

This fall, the White House said that the U.S. would respond “swiftly and vigorously” if Syrian forces used chemical weapons in Idlib.

France, the U.K. and even Germany have said they would join in such action.

Taken together, the legal rationale articulated in April 2018 and the international reaction to those airstrikes will make it easier for the U.S. and its allies to quickly marshal support for follow-up airstrikes against Syrian chemical weapons-related targets – if they should become necessary again.

This article is republished from The Conversation under a Creative Commons license. Read the original article. 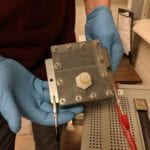 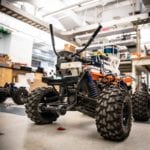