The rapid detection and warning of the use of chemical agents on the battlefield are critical to force protection. The Army’s Stryker family of vehicles— consisting of 10 vehicle variants with specialized system capabilities—is outfitted with chemical detection and overpressure air falter systems that provide Stryker crews with vital protection from chemical threats.

Each Stryker is equipped with an M88 detector (a component of the M22 Automatic Chemical Agent Detector Alarm [ACADA]) to detect nerve and blister agents. In the same way that the vehicle armor provides the Stryker with ballistic protection against small arms and explosives, the M88 detector protects the Stryker crew and passengers from chemical agent hazards.

An inoperable M88 detector puts the lives of the warfighters aboard the vehicle at a risk that is no less than vehicle ballistic armor failure. Field personnel have observed that M88 detectors belonging to Stryker units are used far more than M88 detectors that belong to other units. As a result, Stryker M88 detectors commonly exhibit more wear and hardware failures than typical ACADA detectors.

Combat and stability operations in Iraq and Afghanistan placed tremendous demands on Army equipment. This, in turn, generated a significant maintenance burden and equipment replacement requirements that needed to be addressed when units returned to their home stations.

The CBERT provides on-site equipment reset services to ensure that the chemical, biological, radiological, and nuclear (CBRN) defense equipment of rotating units is returned to a completely serviceable condition and that it is fully mission-capable before redeployment. The CBERT has evaluated and repaired more than 19,300 M22/M88 detectors on more than 90 missions.

The CBERT has observed a variety of issues and failures related to M22/M88 detectors. This has provided field engineers with the unique opportunity to document significant equipment operational issues and hardware failure trends. Many of the M88 detectors that were inspected were found to exhibit expected levels of wear and tear or physical damage; however, in some cases, the damage observed was indicative of a major issue or trend.

The most serious issue discovered involved a series of M88 detectors that showed evidence of water intrusion. In some instances, water literally poured from the detector when it was opened for inspection. In other instances, mud-like residues adhered to the interior surfaces and components of the detector.

Most of the affected M88 detectors exhibited a significant corrosion of internal components and were damaged to the point that they would not power on. Detectors that showed evidence of water intrusion were declared to be nonrepairable.

In an attempt to determine the cause of the water intrusion, the CBERT interviewed program management personnel, Soldiers from Stryker units, and maintenance personnel. However, it is still unclear how water got into the M88 detectors.

One possibility is that it entered the internally mounted detectors when the exterior or interior of the Stryker was being cleaned or power-washed. The operator’s manuals for the Strykers contain numerous warnings against the improper use of water to clean the Strykers and their subsystems and components. The manuals caution units not to power-wash the interiors of the vehicles because that could cause damage to equipment.

Alternatively, it is possible that the detectors themselves were dismounted and then submerged in water, powerwashed, or left exposed to the elements for extended periods of time. The M88 detector should never be submerged in water or power-washed. Instead, it should be cleaned by hand using a clean, dry cloth or brush without water or solvents.

Stryker units use a general-purpose cleaning solution to clean the inside of the Strykers, but should not use the solution as a solvent to clean the M88. The CBERT also discovered that many of the M88 detectors showed signs of damaged, loose, or missing external screws, seals, caps, or covers that are essential for protecting the systems from environmental factors and for preventing water intrusion. 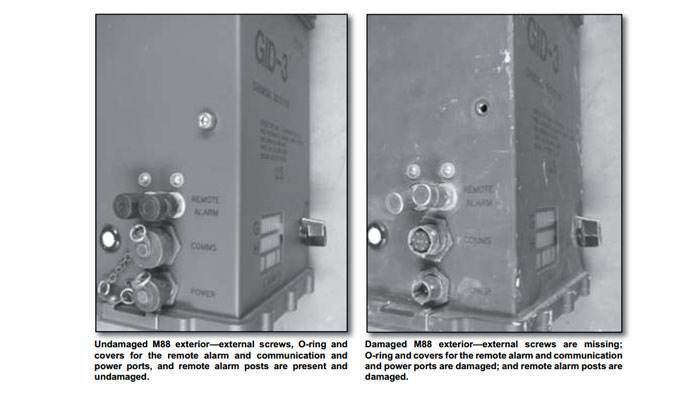 A properly maintained M88 with the external components fastened to the proper torque requirements is less likely to exhibit water intrusion or parts that have loosened through vibration. Proper torque specifications are detailed in the ACADA direct-support maintenance manual.

Many of the M88 detectors inspected by the CBERT exhibited physical damage. The team encountered detectors with damage to power switches, alarm assemblies, display assemblies, elapsed-time indicators, and exhaust assemblies. The binding posts and the unit power and data communication connectors were found to be especially susceptible to damage, including bent pins and broken connector shells. When these parts are damaged, it is impossible to provide power to, or communication from, the detectors. The integrity of the surrounding seals could also be compromised, which could allow water to enter the detector.

Finally, the CBERT discovered that some of the M88 detector housings were heavily dented and that the chemical agent-resistant coating on some was severely abraded. This served as further evidence of rough handling of the M88s.

The M88 detectors contained within Strykers serve as a first line of defense against nerve and blister agents. Although the intrusion of water into the detectors may be fairly uncommon, it is a significant risk. And when intrusion occurs, the damage can be catastrophic. If the M88 is to protect you, you must protect it. The following are a few tips for keeping the water out of the detector:

In addition, when the M88 detector is mounted in the Stryker, operators must ensure that it is properly installed and that the front and top mounting brackets are securely fastened. Any shift in the position of the M88 during vehicle movement can cause damage to the detector. When removed from the Stryker, the M88 should be securely stowed to prevent damage to the detector as the ACADA transit cases that protect the dismounted detector are not available to Stryker units.

As with any equipment, it is necessary to conduct proper and timely maintenance on the M88 detector. The continuous evaluation of unit maintenance operations ensures that equipment is maintained at the highest possible state of readiness.

While M88 chemical agent detectors can be expected to exhibit wear and tear from employment on Strykers, the CBERT has encountered detectors that showed indications of water intrusion, detectors with missing external components, and detectors with severe physical damage during Stryker reset missions.

In some cases, the damage caused by water intrusion or the physical damage was so severe that the detectors were determined to be non-mission-capable. Non-mission-capable detectors cannot provide vehicle crews with a critical first line of defense against chemical threats. In an environment with chemical agents, M88 detectors can be as critical as vehicle armor in protecting the lives of warfighters.

The water intrusion and physical damage observed with the M88 detector during reset missions are often entirely preventable through the proper storage, care, handling, and maintenance of the detector. These aspects are essential to the life of the detector and, therefore, the lives of the warfighters it protects. 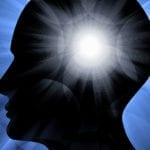