Emergencies at educational establishments are on the increase in recent years and campus officials are beginning to recognize that better communications with their students are now needed.

Writing in the International Journal of Business Information Systems, U.S. researchers describe how social networking sites might be exploited when an emergency situation arises to help safeguard students as well as keeping those not directly involved in the situation informed of events. The same insights might be applied in the business environment too.

Wencui Han of the Department of Management Science and Systems at the University at Buffalo, New York and colleagues, explain how in the last two decades criminal incidents such as shootings on campus, assaults and robberies, natural disasters including tornadoes, hurricanes and snow storms and disease outbreaks have put students and staff at risk.

While sensationalist reporting in the media of some events increases anxiety for all those in education, it is true that there has been an increase in frequency of lethal shootings in recent years, for instance.

The occurrence of such events, whether criminal, environmental or health related seems random and, as such, there is no predicting when the next emergency situation might arise. Han and colleagues argue that campus officials need to have their response plans in place and that such plans should, in the era of almost ubiquitous mobile connectivity and social networking, accommodate new social networking communications tools.

Of course, campus administrators have already adopted a variety of emergency notification technologies, including campus radio and TV, warning sirens and even text and email announcements for their students and staff. Each of these channels should continue to be employed, but Han and colleagues argue that they all have their limitations and that social networking sites might counter such shortcomings for today’s always-connected students.

One might imagine that almost every student on a US campus has a Facebook page, while not all will be regular listeners to the campus radio station nor viewers of its TV channel. Moreover, it is common that Facebook users are compelled to check for new notifications on their smart phones and other devices regularly.

The team explains that there will be little cost to establishing a social networking presence via Facebook or Twitter that could be promoted to students on enrollment and accessing the page or updates encouraged throughout campus life.

These outlets, which might also include the likes of LinkedIn and other tools, could be actively maintained to provide additional useful information and guidance for students during normal times as well as during and after disasters or emergency situations. 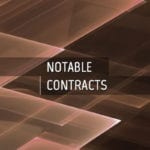 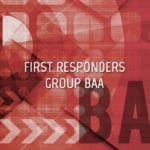